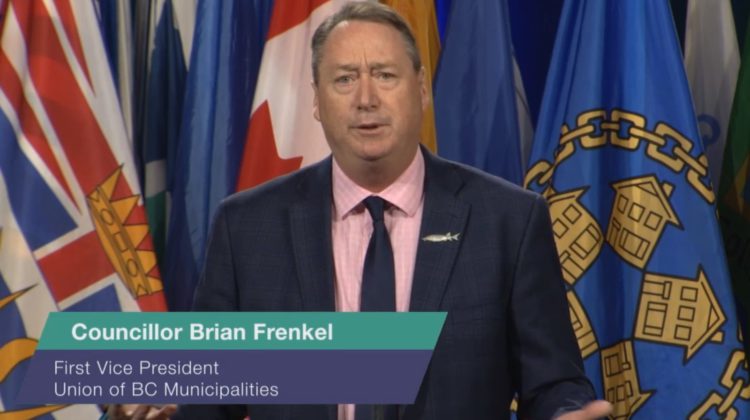 The Union of British Columbia Municipalities (UBCM) membership has selected its Table Officers for the 2020-2021 Executive Board at the close of its annual convention.

Councillor Brian Frenkel of the District of Vanderhoof has been acclaimed UBCM president after serving the past year as first vice-president.

Councillor Laurey-Anne Roodenburg of the City of Quesnel has been acclaimed first vice president, after serving as second vice-president for the past year.

“Despite the ongoing pressures we’re all experiencing from COVID-19, our new UBCM executive is ready to move forward right away with working on behalf of our local government and First Nations members,” said Frenkel.

“The resolutions and policy discussions from this special virtual convention have given us the direction we need to address the issues facing municipalities today from local governance issues and economic recovery to transit, addressing climate change and more.”

Mayor Ange Qualizza of the City of Fernie has been elected third vice president.

The original vote for this position during the convention was a tie and a run-off vote that concluded this morning was required.