Northern Health issues warning on syphilis outbreak in BC 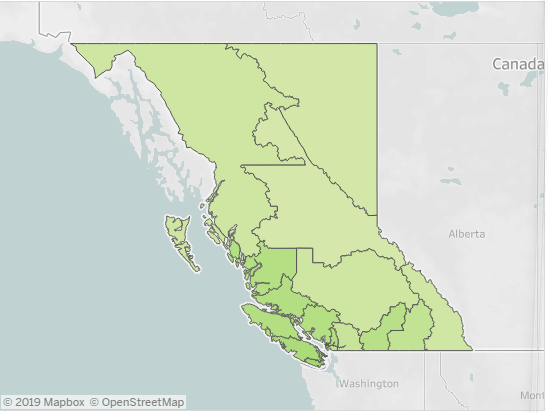 There’s been a 33% increase in syphilis cases in the province from 2017 to 2018, but the Northern Health region isn’t having much of a problem. 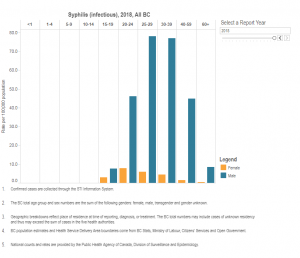 Syphilis cases in BC male vs female (supplied by the BCCDC)

According to the BC Centre for Disease Control, there were 919 new cases of infectious syphilis in BC last year and only nine of those occurred in the three service areas of Northern Health  (Northwest, Northeast, and Northern Interior). 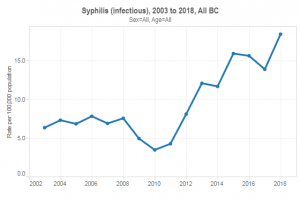 Rise in syphilis cases (supplied by the BCCDC)

“The numbers are probably higher (Lower Mainland/Island) because of the higher density where there is more mixing and more opportunities to pass on syphilis. We don’t know for sure, but maybe people aren’t using condoms as much as they’ve been using before,” said Rakel Kling, Medical Health Officer for Northern Health.

“We want to notify the public that there is a syphilis outbreak in BC and to be aware of the signs and symptoms.”

Kling said the disease is very curable but not easily detectable in its early stages.

“Very early syphilis is characterized by just a painless sore in the genital region, so if you have that, I advise you go seek healthcare, but syphilis is very treatable with antibiotics.”

While syphilis continues to disproportionately affect gay, bisexual and other men who have sex with men in B.C., the BCCDC said infections are also increasing among women. There has been a nearly 40% increase of infectious syphilis among women 15 to 49 years old from 2017 to 2018.

You can find the full report from the BCCDC here.