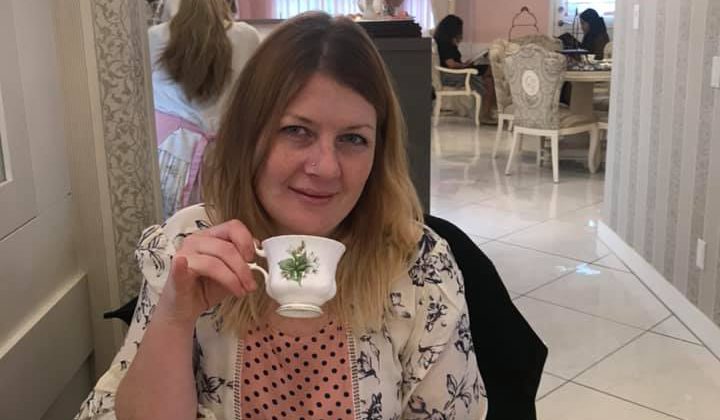 Prince George residents are banding together to help a local woman pay for extensive medical bills from her battle with stage four colon cancer.

Cynthia Shenk-Parr is a PG mother and stepmother of five that was born and raised in Vanderhoof, she’s been seeing doctors in Williams Lake on a weekly basis to treat her ailments as the wait times in PG have been too long.

While being treated for cancer, doctors also found she had a brain aneurism and extremely low blood platelet and iron levels, so she’s also been getting platelet transfusions in Williams Lake.

“She’s also been having bad reactions to the transfusions so unfortunately for the poor girl it’s just like one thing after another after another,” said Nelson.

Soon, Shank-Perr will be headed to Kelowna for a PET scan and surgery to remove her aneurysm.

Afterwards, she could be headed South as her Oncologist has referred her to a Cancer specialist down in Seattle who could provide her life-saving treatment.

Given that her Cancer could be terminal, Nelson says the trip to Seattle could be a ‘hail mary’ and save her life.

“With her possibly going to Seattle for treatment, her medical bills could be a lot more serious than anticipated,” she explained.

All the travel and immunotherapy has left her unable to return to work, and her medical and travel bills have been piling up.

To help ease the financial burden of treatment and travel, Nelson is hosting a bottle drive on Saturday morning from 10 am until 2 pm at the Greek Orthodox Church.

Nelson also set up a GoFundMe page to help, it has since raised $9,405 of the $50,000 goal, bottle donations can also be made under account number 859 at the Nechako Bottle Depot.