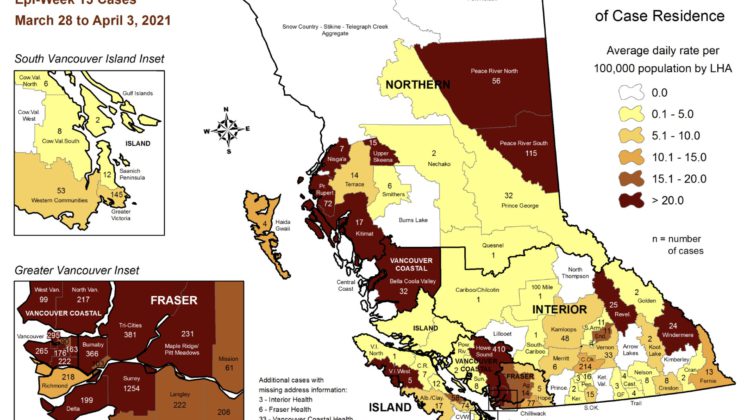 After recording 58 cases of COVID-19 over the previous reporting period, infection rates have dropped slightly in the Prince George region.

The B.C. Centre for Disease Control says the area saw 32 test positives from March 28 to April 3.

This continues a trend of around 30 cases a week, according to recent data.

The average daily case rate is one to five cases per 100,000 people, down from five to ten cases two weeks ago.

Meanwhile, the Nechako region is experiencing a lull in cases, with just two test positives in a week.

The area has seen a handful of infections a week since early February, and low daily case rates continue.

However, Northern Health is not without its share of infection hotspots, where high transmission continues.

Prince Rupert, Kitimat, Upper Skeena, and the Nis’gaa regions all saw an average daily rate of over 20 cases per 100,000 residents.

This is the same story for Peace River North and South.