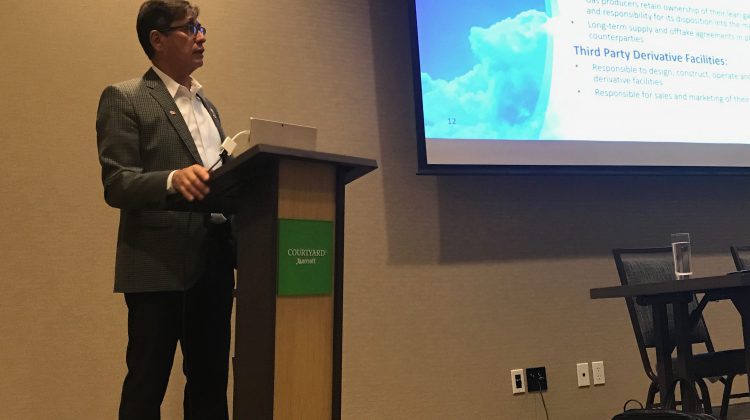 West Coast Olefins President and CEO Ken James stated discussions remain ongoing with the McLeod Lake Indian Band when it comes to an agreeable site for its plastic plant.

In May, James announced the project was relocating after it was originally planned for the BCR Industrial Site in Prince George – the same site a 2-billion dollar biofuel plant is being constructed by the BC Hemp Corporation.

“At this point, we don’t have anything, hopefully in the next few weeks we will announce our specific site and how we are proceeding.”

To say the least, the dialogue between both parties has been slow and steady.

“As you know, First Nations negotiations are not a very linear process, it’s complex and it is certainly not something I want to negotiate in the media. When we are ready to announce, we will as I am not going to embarrass anyone by saying anything out of turn and we are still working on a site,” added James.

He was one of several people who took part in a live panel discussion last night (Tuesday) hosted by the BC Resources Coalition in relation to the natural gas sector.