WATCH: PG rally one of 50 across the world in support of Unist’ot’en 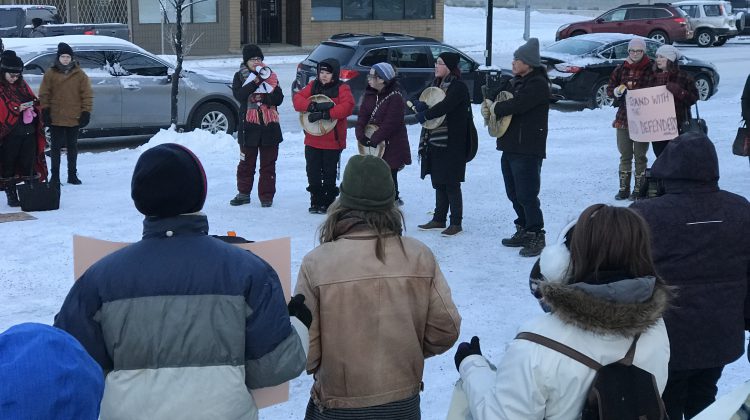 Dozens gather outside PG courthouse, sending support to the Unist'ot'en camp near Houston, BC | Cole Kelly, My Nechako Valley Now

Prince George was one of 50 cities across the world hosting a rally in support of the Unist’ot’en camp.

Dozens marched to the PG courthouse as Indigenous groups hold their ground near Houston awaiting RCMP to enforce another injunction.

Coastal GasLink responded to Monday’s events, stating their pipeline “would not run near the camp” that’s been set.

More than a dozen people were arrested at the Gidimt’en checkpoint.

– with files from Cole Kelly, My PG Now