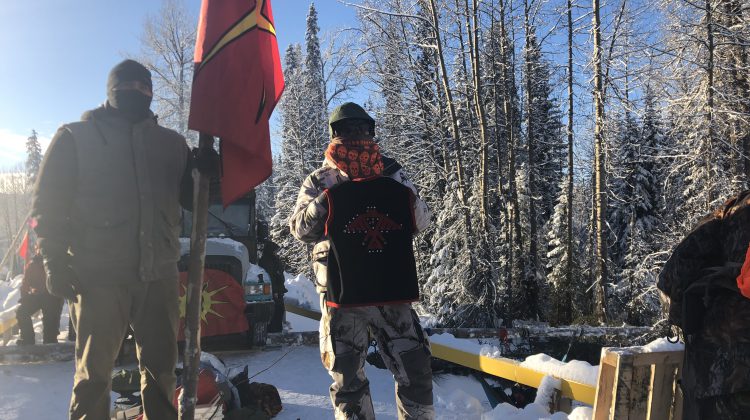 RCMP arrested 14 people at the Gidimt’en checkpoint near Houston, filing an injunction for the Coastal GasLink pipeline.

As the gate was dismantled, fires were set by campers & large trees were cut down in an attempt to block police from going further.

Officials list ‘various offences’ among those taken into custody, including alleged violations of the injunction order.

The checkpoint had been set up since December 15th, 2018.