Northern highway segments see fewer crashes and fatalities per year compared to other regions in the province.

As a result of a 2014 speed increase legislation, and in an effort to reduce accidents, 15 highways across BC will see a 10-kilometre-per-hour decrease.

According to an independent review, more than 30 segments were given a speed increase in 2014 and signs were implemented listed in the graphics below. 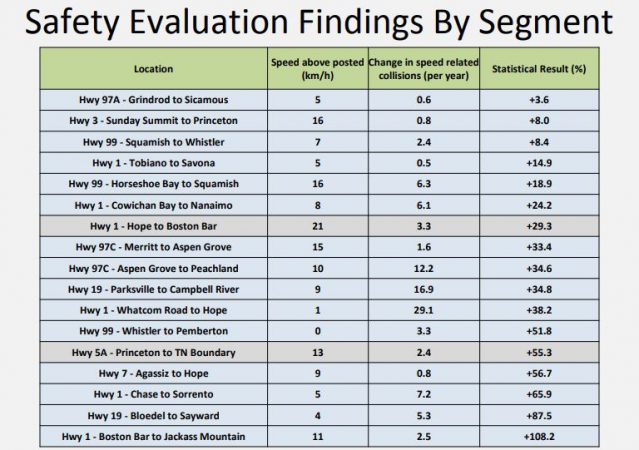 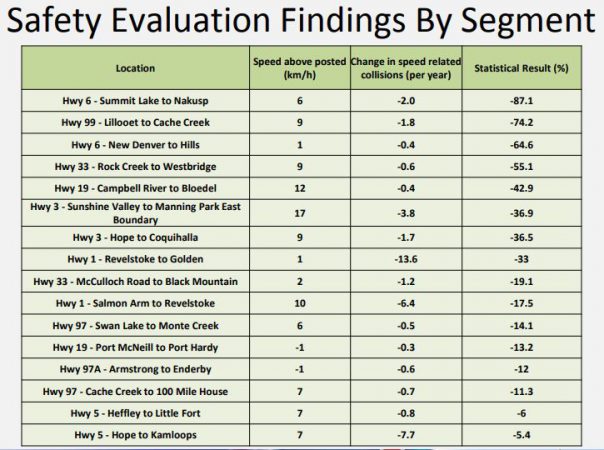 Highway 97, 16, 24, and Five are not affected, but regardless of where you travel, Transportation and Infrastructure Minister Claire Trevena says drivers need to see the signs.

“Driver attentiveness can be anything from looking at your cell phone to getting dealing with kids arguing in the back seat; this is a step that we can make to make sure people are safe on our roads.”

Highway 97 from Cache Creek to 100 Mile House was one of those segments with a speed increase to 110-kilometre, but it won’t change as the government saw an 11% decrease in collisions.

When it comes to the (infamous) Coquihalla, despite the countless accidents reported each year, Trevena says it’s not getting a reduction either.

“There hasn’t been an increase in accidents over the last three years on the Coquihalla. However, it does have those variable speed limits; we are doing a lot more winter enforcement, increasing the chain-up requirements, and ensuring that more regulation on where trucks can pull out.”

For more information on other highways seeing a change, you can click here.