Reuse and washing of condoms not advised: Northern Health 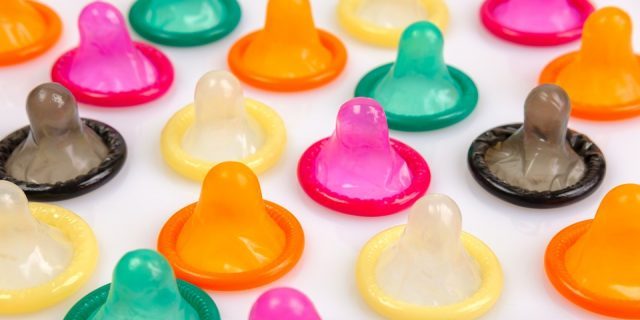 A lot of people still aren’t getting the message about proper condom use.

According to a report from the Centres for Disease Control and Prevention in the United States, many people are washing or re-using condoms after they have used them.

Reanne Sanford has worked for the past 15 years as a sexual health nurse at Northern Health.

She says while this is not a common issue, re-using a condom can have negative impacts on you and your partner.

“So any time you re-use a condom you’re actually posing risks to yourself and a partner for potential infections and exchange of bodily fluids, so it’s not encouraged and not something that should be done – always use a new condom everytime you have any type of sex.”

“I’m not sure why people would reuse a condom, condoms are readily available, they are very inexpensive and most of our Northern Health sites from across Northern BC throughout our communities that are publicly funded and free and available for folks. If people do find that cost is a barrier for them to accessing condoms please reach out to our community sites or primary care clinics.

While the recent findings from the American-based report may seem troubling, Sanford has not come across this problem within the health authority.

“This is actually the first time I have actually heard of something like this but that doesn’t mean that is not possibly happening within communities,  we haven’t noticed any reports to use from clinicians in our area that this is sort of a trend that is occurring.”

She also explains how the condom could be less effective if it’s used multiple times.

“When I think about people reusing condoms I think about the risks also to the integrity of the condom so we think about how condoms are essentially used one-time only and therefore, reusing them several times could increase your chance of breakage as well.”

Proper condom use will reduce the risk of sexually transmitted infections as well as diseases like Zika, and Ebola and pregnancy.

In April of 2018, My Prince George Now did a story about STI’s seeing a steady incline in the north with over 1,100 cases of Chlamydia were reported in 2016 along with over 300 cases of Gonorrhea.

HIV rates within Northern Health also remain low with only 13 confirmed cases in 2016.