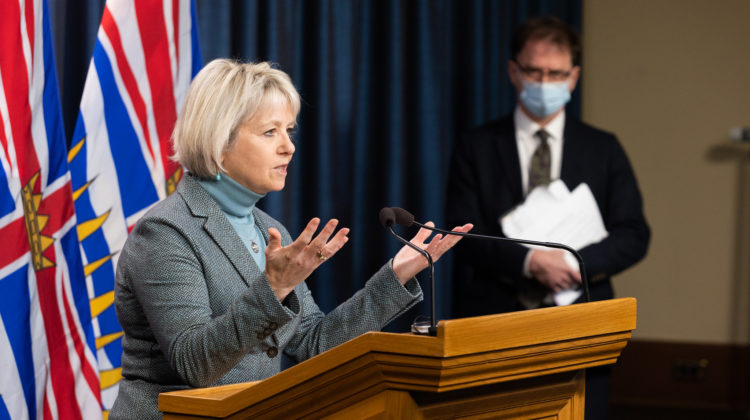 Dr. Bonnie Henry says we know more about the Omicron variant now, but there are still caveats we don’t know.

“Omicron is different, it is spreading in a way that is very different from previous variants,” Henry explained.

Henry said the Omicron is more likely to attach to the upper airways, meaning the virus can spread with small amounts of the virus, and spread more easily.

She also added the incubation period, or the time between exposure and getting sick is small.

“What we were usually seeing in five to seven days on average, is now down to around two to three days, so you can pass it onto others even before you realize you’re positive for the virus.”

“We also know Omicron is spreading faster in people who are not yet vaccinated. We know that because we see that transmission being explosive in some of those settings.”

However, Henry said studies on the Omicron variant from other countries such as Scotland, the UK, and South Africa seem to indicate that in many cases, it’s a milder illness.

“We don’t yet know that for our context in BC, but I also, am very hopeful.”

Henry also used the opportunity to remind BC Residents that testing centres are not for pre-travel screenings, and that they are encouraged to use the BC Centre for Disease Control symptom checker.

She added that testing centres across the province are at capacity, and can perform about 20,000 people per day.

B.C. families could see childcare costs cut by 50% by December