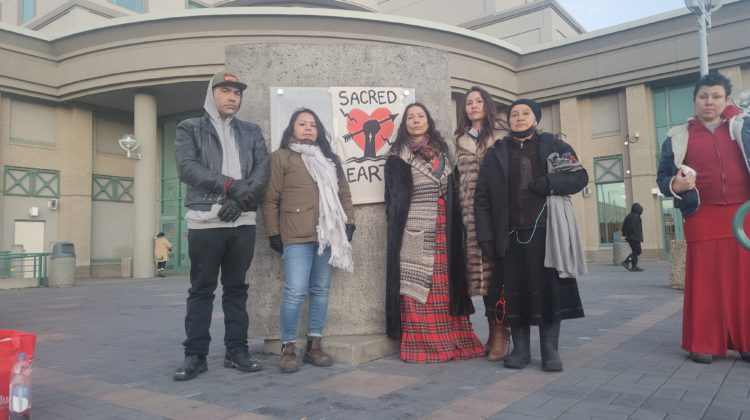 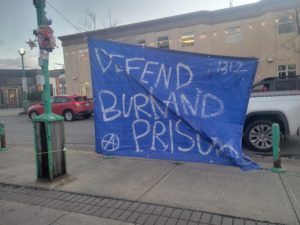 Michael Toledano, a journalist who was covering the Coastal Gas Link injunction near Houston and was arrested, was released today (Monday) in Prince George.

“It was extremely violent, and there were guns pointed the entire time.”

Toledano recounted his horrific experience trying to cover the events up until his arrest, saying he had no safe means of leaving.

“They removed Sleydo from her home with chainsaws to break down the door and axes. It was extremely violent, and there were guns pointed the entire time.”

He added that the RCMP wanted media to cover the story from a distance that was completely unreasonable.

“In order for me to do my job I had to remain on-site, and I couldn’t do my job from where the RCMP wanted to position media, which was 35 km away from that site. It would have been impossible. They can say I had an option, but that’s semantics.”

A protest was held at the court in Prince George, and one of the people there, who was also arrested as part of the injunction, Sabina Dennis, described the scene.

“We were confronted by a militarized invasion with green fatigue wearing tactical teams with RCMP behind them, backing them, and attack dogs.”

Some of the protestors found the amount of power corporations were getting was disturbing.

“It’s corporations targeting indigenous rights, and they’re being backed up a little bit by the court right now if the court agrees to those terms. That’s a difficult and dangerous path that is going down to empower corporations to that level,” said Cody Merriman, who was also arrested as part of the injunction.

“Coastal Gas Link is not acknowledging hereditary rights in a real manner, and almost at this point doesn’t care to, and is now weaponizing their injunction against indigenous people.”

Merriman said that this is something everyone should stand up for, as it sets a scary precedent on Canadian rights.

“It’s not just one isolated incident, and that this can quickly come to everywhere else and I think it’s important that we all stand up together and continue to keep rallying for each other. Because this isn’t just one nation, this is all nations, and it’s all citizens at that point too because this is a big infringement on what they would consider Canadian rights as well.”

Merriman added that this was also an international issue, saying that the arrest of journalist Amber Bracken (who was also released by the RCMP today) was unwarranted.

“That’s like a major international fiasco to arrest and hold a New York Times reporter for the whole weekend and accuse them of not being media.”

Police sent a news release that stated they did not arrest anyone for being a journalist or detain anyone from performing their job, and also listed a number of things they expect from media at protests, saying that they need to identify themselves and not aid in protest actions.