Police presence near Coastal GasLink project in Houston due to blockades 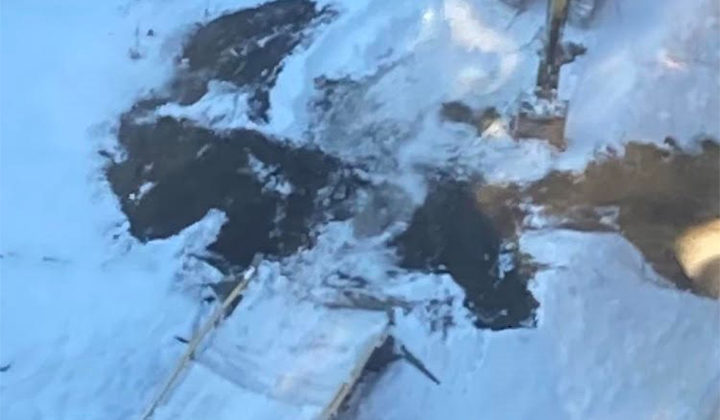 A rescue and enforcement operation is underway by RCMP near the Coastal GasLink project near Houston.

According to police, a group of protestors opposing the project have been blockading outside a worker’s camp on the Morice Forest Service Road for several days.

It added RCMP have been called to assist because 700 hundred workers have been blocked in by protestors illegally.

Essential supplies and services have also been prevented from entering the camp.

An increase in police presence will be expected and an access control point has been established at the 27.5 kilometre mark of the Morice Forest Service Road.

Police said this will prevent further escalation of the situation and to mitigate safety concerns over hazardous items and trees felled across the roadway.

In an update by Coastal GasLink, it said they are concerned for the safety of the workers who are stranded at the two lodges in the area.

It added supplies are at the risk of running out and access to medical care is obstructed.

CGL also said the forest service road at the Lamprey Creek Bridge has been damaged and the road is now unsafe and impassable.

In 2020, conflict between the Gidimt’en Clan and CGL sparked protests nationwide in solidarity.