Over $133,000 raised during Cops for Cancer Tour de North event 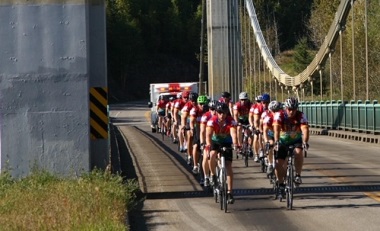 The 20th anniversary of the Cops for Cancer Tour de North bike ride was a smashing success.

The journey began in Prince George on September 17th and concluded in Prince Rupert on Thursday (23rd).

“As is with most people, cancer has touched our lives in some way, and perhaps some of the members on this ride it was a personal situation and we’re riding for someone very close to them,” added Saunderson.

Seventeen riders participated in the event.

The goal of the event is to raise money for childhood cancer research and support services at the Canadian Cancer Society.

B.C. families could see childcare costs cut by 50% by December