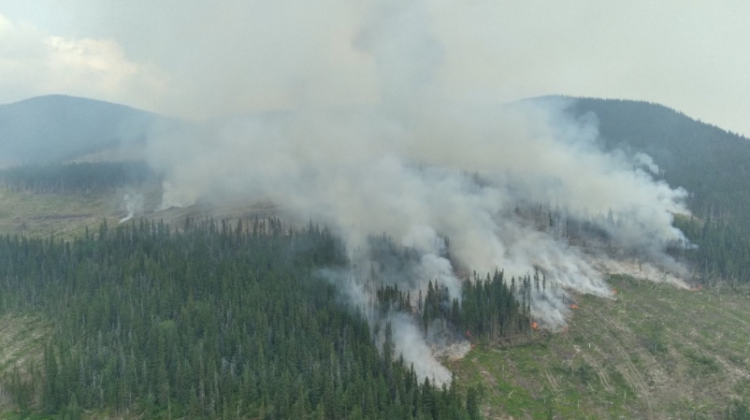 “We had quite a bit of rain over the Prince George Fire Centre and the ongoing suppression areas that we are able to get resources on with actually a nice reduction in fire activity.

Nickel added crews were able to put a dent into a trio of blazes not too far from PG.

“The Shesta Lake fires are both under control at twelve and eight hectares respectively and the Punchaw Lake fire is currently being held at 21 hectares. So, that’s good news with those fires either being held or put under control.”

Other fires of note within the PGFC are Grizzly Lake, southeast of Vanderhoof is at 4,600 hundred hectares in size while Klawli Lake (west of PG) is 6,231 hectares.

However, Nickel mentioned the Forres Mountain (8,700 hectares, west of PG), blaze is starting to level out.

“There is some growth on Forres Mountain but right now it is coming back into the park and is not growing towards any kind of area that would be of public safety concern.”

Tentfire Creek, near Tumbler Ridge is nearing 24-hundred hectares but has held steady due to rain in the area over the weekend.

“The suppression efforts allowed the BC Wildfire Service and personnel to get that under control,” said Nickel.

In addition, the Camsell Lake wildfire west of Fort Saint James has remained at 310 hectares for the fourth consecutive day. The Evacuation Order that was in place for the area has now been downgraded to an Alert courtesy of the Regional District of Bulkley-Nechako.