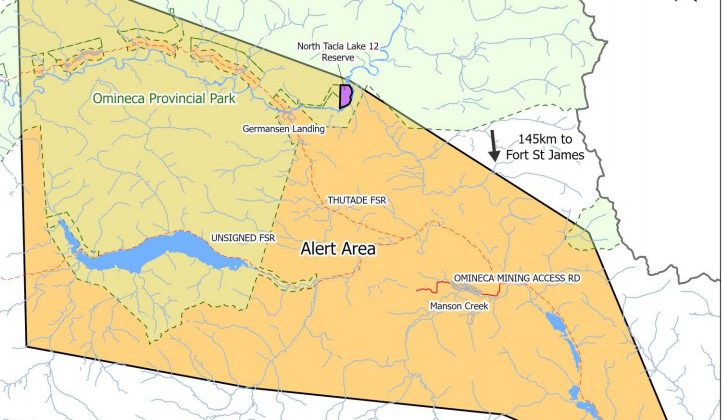 Map of evacuation alert area (supplied by: BC Wildfire Service)

An evacuation alert has been issued by the Regional District of Bulkley- Nechako because of the Mount Porter wildfire.

The alert was issued for the area northwest of Germansen Landing and southeast of Manson Creek.

According to a notice by the RDBN, this was issued in conjunction with BC Parks and the Takla Nation due to danger of life and health.

The alert has been ordered to prepare community members in case an evacuation order is called.

The notice also added that residents will be given as much notice as possible but it may be limited.

Additionally, if an evacuation is ordered a Reception Centre will be opened.

Information on how to prepare can be found on the Regional District’s website.