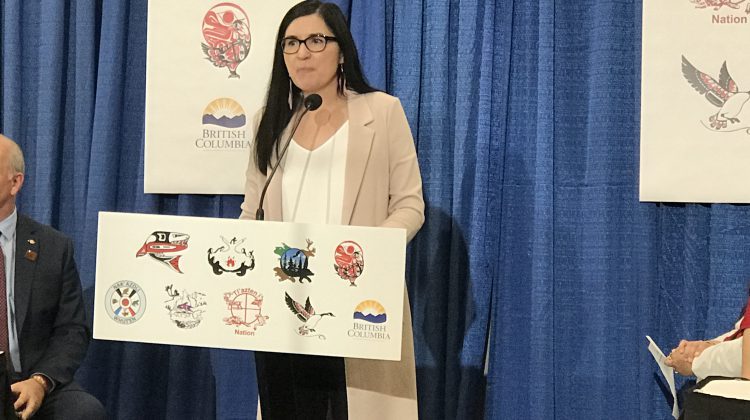 A proposed 60-bed addictions treatment facility near Vanderhoof has gained some new life.

The potential location of the facility is the Tachick Lake Resort but was previously denied by the Agricultural Land Commission.

She told Vista Radio the illicit drug crisis has taken a toll on their community.

“We’ve had a couple of deaths recently in our community and some of our members off-reserve that have passed away because of drug overdose, so we are trying to put pressure on the government to support this. We received a support letter from the Regional District and there are ministers within the NDP that are supporting the initiative and I think we are getting some attention in the province because there is not a lot of treatment centres located in the north.”

“The spot we are asking for is within Saik’uz territory and it’s an ideal spot that on the water. We have a lot of ceremonial traditions with water and we want to retain staff professionals. It’s not very far out as Prince George is kind of the next urban centre. ”

In addition, 254 First Nations people died in BC from illicit drugs last year – a 119% hike from 2019 and the highest number of deaths recorded for First Nations since 2016.

Furthermore, Indigenous residents died at 5.3 times the rate of other British Columbians in 2020, up from 3.9 times in 2019.

Mueller believes the trauma associated with the residential school system is playing a role.

“If you think about what just happened last week in Kamloops and the discovery of the remains of the 215 kids in a burial lot. When you think about that and our history of people, we really need the support as well as healing from the trauma and the abuse.”

Mueller also addressed the racial profiling some Indigenous residents receive when out in public.

“I was in the store the other day and I saw one of our members that we’re walking in and keeping her head. I thought why is she doing that and this is a place where they watch Indigenous people go grocery shopping. If you don’t feel welcomed in your own area that is very hurtful.”

“There is no reason for us to be feeling this way but we do.”

So far this year, 48 people have lost their lives to illicit drugs within Northern Health, with seventeen of those taking place in Prince George.

Northern Health has the highest drug toxicity rate out of all the health authorities in BC at 50 per 100,000 residents.