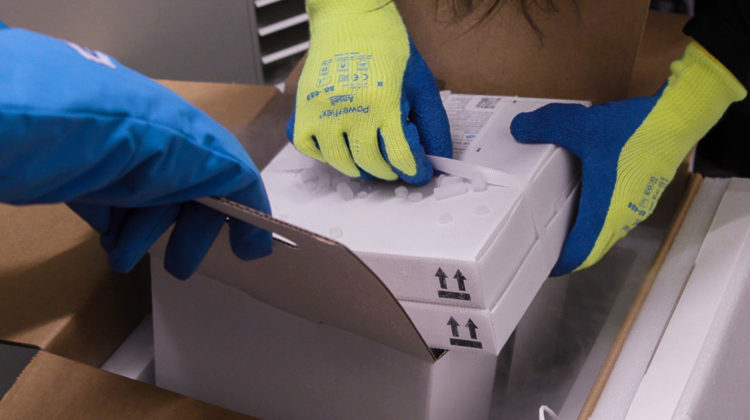 The number of patients hospitalized with the virus is the lowest it’s been since April 16th, while the province’s active case count is the lowest since March 25th.

With over 50% of eligible BC residents (residents aged 18+) having received at least one dose of a vaccine, over 2.3 million doses have been administered across the province.

“We are actively working to incorporate the ages 12-17 into our immunization program as more information will be available next week,” stated Dr.Bonnie Henry.

Henry says this move will ensure that some safe graduation ceremonies can be held this year.

BC’s age-based immunization will extend in the coming days, tomorrow (Friday), anyone aged 25+ can book a vaccine, followed by those that are 20+ on May 15th and 18+ on May 16th.

This comes as yesterday (Wednesday), the province announced they will reserving the AstraZeneca vaccine supply for second doses only and will stop using it for first doses for the time being.

“This is not about vaccine safety, but really it’s about the operational response and the position we are in right now and also in the context of the global supply,” she noted.

BC now has an abundance of Pfizer and Moderna vaccines and is expecting a plentiful supply in the coming months.

A man in his 40’s in Fraser Health is the second person in BC to come down with a case of Vaccine-Induced Immune Thrombotic Thrombocytopenia (VITT) after receiving a dose of the AstraZeneca vaccine.

“This is a rare, but very serious condition. Recognizing the symptoms and getting treatment early is important,” explained Dr.Bonnie Henry.

She says this is caused when the vaccine stimulates an immune response that develops antibodies against the body’s blood platelets, causing a unique type of blood clotting.

While the condition is very serious, there are both tests and treatments available for VITT, according to Henry.