Longtime volunteer with Vanderhoof Curling Club recgonzied by Curl BC 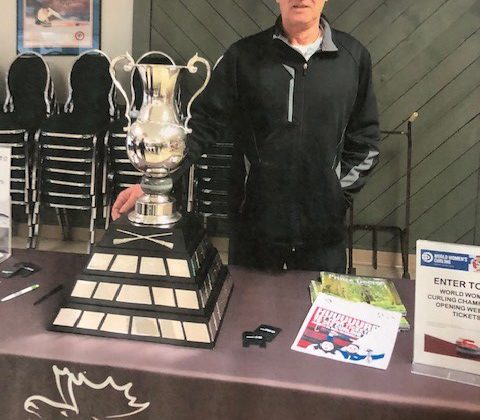 A Vanderhoof man is the CurlBC Volunteer of the Year.

Jim Woodruff has been involved with the local Curling Club for the last four decades where he is currently the ice maker while also sitting on the Board of Directors.

Woodruff told MyNechakoValleyNow.com the curling club has seen its fair share of highs and lows.

“When I started it was a lot busier than and it went downhill for quite a few years. I think it is coming back now and we’ve been lucky here just by maintaining our club. We were just about bankrupt – between myself and the board of directors and the club itself we went out and got a lot of grants.”

The club received a 380-thousand dollar grant from the Regional District of Bulkley-Nechako to rebuild their ice plant.

“The Regional District grant was huge. They had gas tax money that could be used for energy savings and our bare-bone costs per year were running us over $25,000 per year and the upgrades we did with a local company in town we wouldn’t be curling right now if it wasn’t for them. The whole project to redo the plant saw us put in a new concrete floor and redid the inside of the building a little bit, which allowed us to keep going.”

In addition, Woodruff’s venture into ice-making was made possible after learning the craft under BJ Gagnon who is one of Canada’s best.

“He did the Olympics, he has been to Korea and all over the world with ice making and he actually came up to Vanderhoof and we had all the local clubs from around the area over a two to three-day period and that is where my ice-making took off. The water we have in town is pretty hard, which made for some tough curling but when you see what they can do on TV or for international events it inspired me to do that.”

He was also instrumental in ensuring COVID-19 safety protocols were established up until the sport was paused in December due to the health restrictions put in place.

Two other people were recognized by CurlBC for their efforts.

Jeff Ginter of Dawson Creek Curling Club took home the Ron Houston Administrator of the Year while Jock Tyre of the Kelowna Curling Club is this year’s recipient of the Judie Roberts Friendship Award.