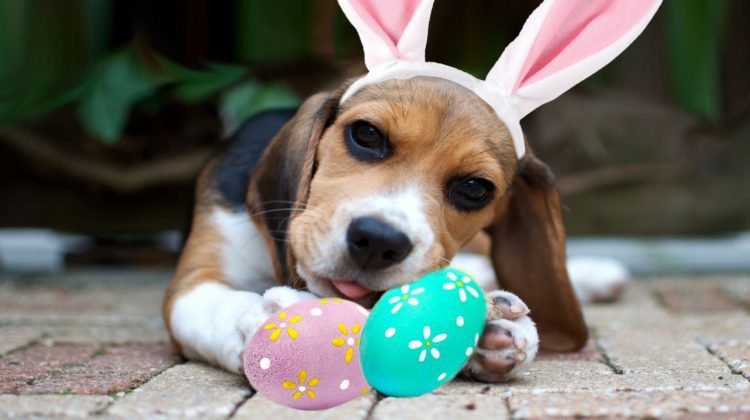 The BC SPCA is warning residents about the dangers surrounding the Easter holiday for pets.

Chocolate bunnies tend to be on the menu this time of year and the BC SPCA is reminding people to keep their four-legged family members away from it, as it is toxic for dogs.

“Chocolate is toxic for your dog because it contains both caffeine and a chemical called theobromine; two chemicals that dogs cannot metabolize as well as humans,” reads the BC SPCA website.

According to the non-profit, the darker the chocolate is the more dangerous it is for dogs as it contains more Theobromine.

“It should be noted that while white chocolate contains very little theobromine per ounce, your dog can still get sick from the sugar and fat content as well as the caffeine, so you shouldn’t feed any chocolate to your canine friend,” adds the site.

Weight is an important factor when determining if your pet has chocolate toxicity, for example, if a 10-pound dog and a 50-pound dog eat the same amount, the smaller dog may experience more severe symptoms.

The BC SPCA also notes that some ingredients commonly found in combination with chocolate are also toxic to dogs, including raisins, macadamia nuts and walnuts.

While chocolate is also toxic to cats for the same reason as dogs, many cats find it unpalatable and don’t express as much interest in it.

However, the BC SPCA still warns cat owners to keep their feline friends away from chocolate as well.

Many chocolate toxicity calculators can be found online.

Outdoor plants can also be a danger to pets, and as gardening becomes increasingly popular this time of year, the BC SPCA has listed some plants that are toxic to pets.