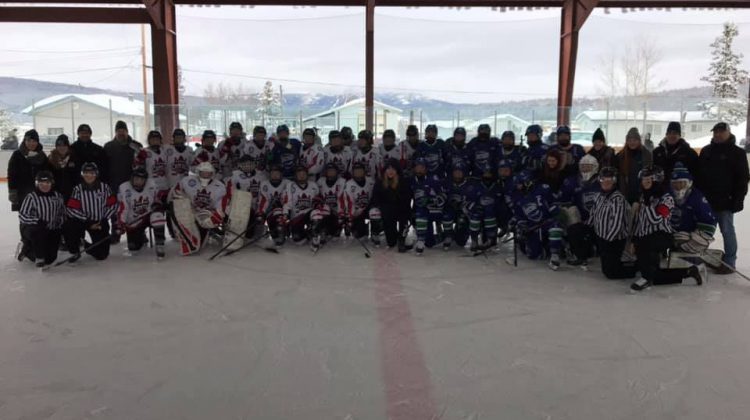 The Northern Capitals look to capture national attention once again.

A year after participating in the first-ever female midget outdoor game in Canada, the organization is now in the process of submitting a bid for the 2021 Kraft Hockeyville Challenge.

“When we were at the Winter Classic in Fort Saint James we were using the Kraft Hockeyville hashtag to draw some attention and to see what would happen and it just so happened that it worked and they emailed us to ask us to put forth a submission.”

“Right now, we are just finalizing our written portion to submit and then the fun really begins.”

If successful, the grand prize of $250,000 would be invested into the Ernie Sam Memorial Arena as well as the chance to host an NHL exhibition game.

Wilson stated while the Winter Classic is the featured event that occurs there on an annual basis, making the arena more usable is the name of the game.

“Improvements to the roof have been commented on and upgrading the lights so that it’s not just used for our purposes in terms of the Cariboo Hockey Program but also the community of Fort Saint James to be able to use that more often.”

“It was a team decision in terms of where the money would go. The community has supported this program for quite a few years not just Fort Saint James as a town but locally-owned businesses there have supported the Cariboo Cougars U-18 AAA team for quite some time as well.”

The Northern Capitals, much like the Cariboo Cougars have the largest recruiting area to cover when it comes to attracting players from Prince George all the way to Whitehorse and everywhere in between.

Simply put, this is a true northern hockey program with deep roots in our region.

“This team has a lot of players from the north all the way to Fort Saint John, the coast ranging from Prince Rupert, Smithers and Kitimat and the Northern Capitals being featured was easy as we are trying to build a hockey culture in the women’s game.”