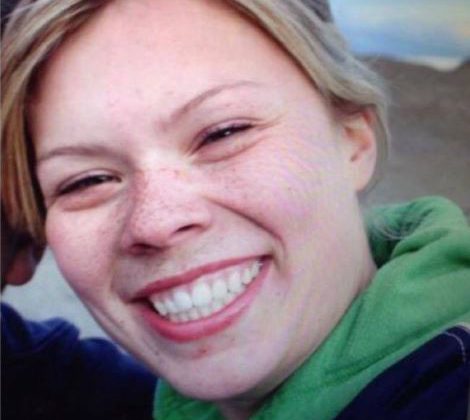 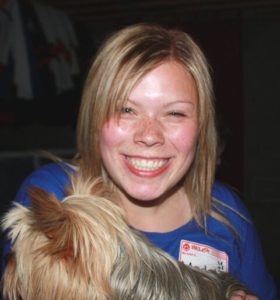 Madison Scott of Vanderhoof was 20 years old when she disappeared from a party at Hogback Lake in the early hours of  Saturday, May 28th, 2011.

Word of her disappearance swept the community and soon swept the country, the case has even been picked up by the show ’48 Hours’ on CBS.

Recently, her case was covered by a podcast that has around 200,000 to 300,000 listeners from around the world called Canadian True Crime.

Podcast host, Kristi Lee, typically covers true Canadian cases that have been solved, however, she says she hopes this coverage raises awareness for the case.

Three years ago, Lee received a suggestion to cover the case but at the time she was only focusing on solved cases.

“I looked into it and I was gripped by the story of Maddy who went to a party with a friend and planned to camp there to avoid drunk driving,” explained Lee.

“Then during the night, some events happened which motivated her friend to leave with her new boyfriend in the middle of the night, not long after everybody else decided to leave and Maddy was left camping in the rural area which is the last time she was seen,” she added. 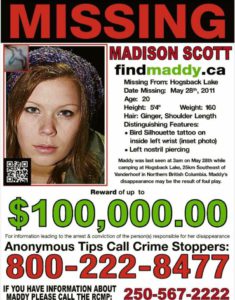 While Lee was researching the case and interviewing family members, she saw just how hard it was for families to continuously deal with rumours and theories surrounding cases like this.

“In dealing with Maddy’s mum, Dawn, and a friend of hers I got to see just how fatigued her family and supporters were by some of the coverage of the case,” noted Lee, “and how it had been derailed by several things.”

Lee wanted her coverage to leave any rumours that circulated in the community following the disappearance in the dark and didn’t include them in the podcast at all.

“Maddy’s family stressed to me that every time those rumours are brought up, even if it is to debunk them, it brings more pain,” Lee explained.

Her disappearance has even been referred to as a Highway of Tears case, however, it doesn’t fit the RCMP’s criteria to be identified as such.

The website dedicated to search efforts for Madison Scott explains she has ginger hair and hazel eyes and is now 29 years old.

Anyone with information on the disappearance is being asked to contact Crimestoppers or the Vanderhoof RCMP. 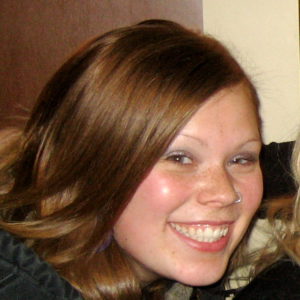