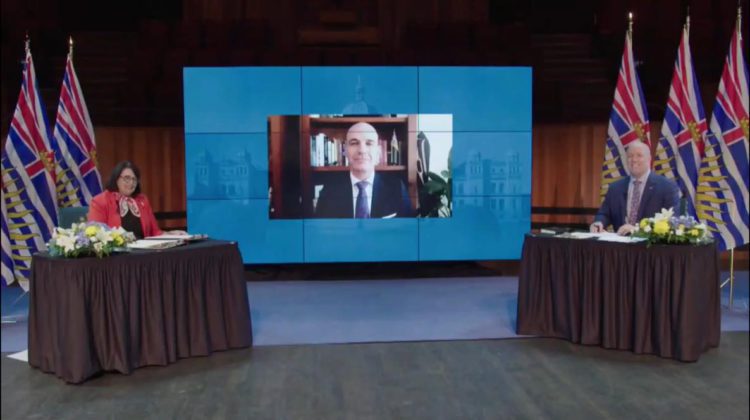 Cullen being sworn in (supplied by: Nathan Cullen)

Stikine MLA Nathan Cullen was sworn-in on Thursday (Nov 26) as the Minister of State for Lands and Natural Resource Operations.

This comes two days after he was sworn in as an MLA.

The swearing-in ceremony occurred virtually with the exception of Horgan and Lieutenant Governor, Honourable Janet Austin.

“We have many challenges and opportunities in our beautiful province and I will give my every effort to serve the land and its people to the best of my abilities,” he said.

This is Cullen’s first term with the Province of British Columbia after he was elected last month during the snap election.