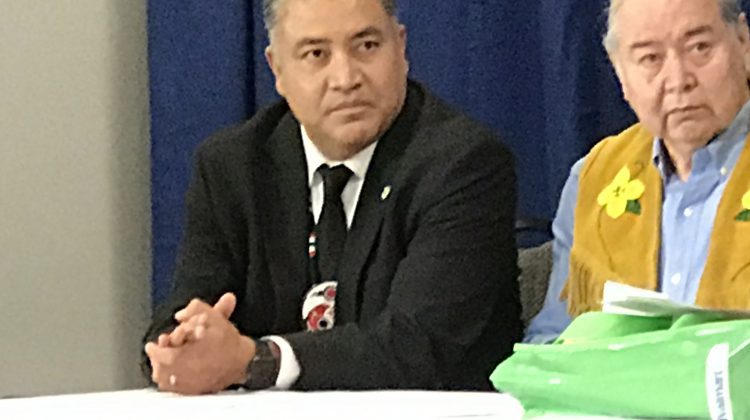 The BC Assembly of First Nations Chiefs have re-elected Terry Teegee as the BC Regional Chief during the 17th BCAFN Annual General Meeting held online today (Wednesday.)

After the first ballot the Electoral Officer, Ron Laufer announced that Teegee had been re-elected with 82 votes to 57, defeating Cheryl Casimer.

Teegee served a previous term (3 years) as Regional Chief for the BCAFN and during that time chaired and co-chaired national portfolios including justice, fisheries and gaming.

He is of Dakelh, Gitxsan, and Sekani descent and is a member of Takla Nation.

As Regional Chief, he was an instrumental voice in the development and historic passing of the Declaration on the Rights of Indigenous Peoples Act in BC.

Meanwhile, Taylor Behn-Tsakoza was elected as the Female Youth Representative.

Behn-Tsakoza is Eh Cho Dene and Dunne Zaa and a member of Fort Nelson First Nation in northeastern BC, Treaty 8 Territory.

– with files from Catherine Garrett, My Nechako Valley Now staff