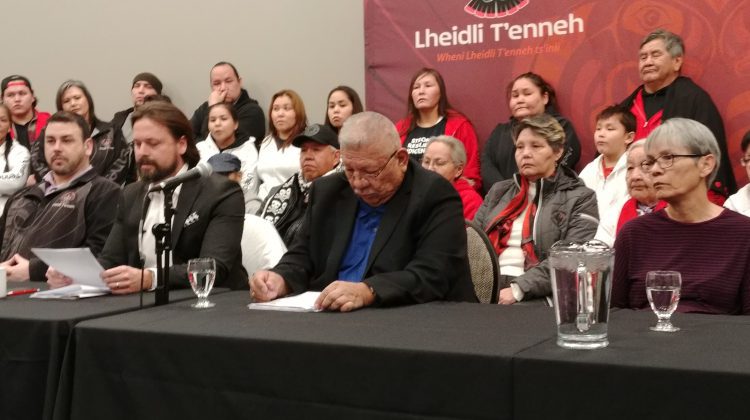 Lheidli T’enneh lawyer Malcolm Macpherson didn’t pull any punches when describing his displeasure with the 40-thousand dollar fine handed out to Westcoast Energy.

It’s in relation to the October 2018 pipeline rupture near Prince George that forced the temporary evacuation of 125 residents.

“This fine is so light that it arguably achieves the opposite. It sends the incorrect incentives and signals that it is profitable for energy companies to delay scheduled hazard management inspections, this is not right.”

“It is clear to the Lheidli T’enneh that the energy industry and lobbyists are still very much in control of energy regulations and corresponding sanctions. Enbridge has lost the Lheidli T’enneh’s confidence in its ability to safely and securely transport hydrocarbons through its reserve and territory.”

He added such a minuscule fine is hardly reassuring and adds insult to the injury and trauma already experienced by residents.

McPherson mentioned the host first nation was not given any notice a decision from Canada’s Energy Regulator was coming.

“We had no inclination that a fine was forthcoming and the nation was not provided with a heads up, the general feel or flavour within the nation is that 40-thousand dollars is extremely low.”

The Lheidli T’enneh will not be providing further comment on its lawsuit against Enbridge, which was filed in February of 2019 claiming inadequate communication and the lack of emergency response from Enbridge were two of the main reasons behind the move.

In March, the Transportation Safety Board determined in its report the rupture originated at stress corrosion cracks on the outside surface of the pipeline.

Last December, it was announced that the Enbridge West Coast Pipeline is operating at full capacity.

A spokesperson for Enbridge issued the following statement to MyPGNow.com following the decision from Canada’s Energy Regulator

Enbridge has paid the administrative monetary penalty issued by the Canada Energy Regulator in relation to the October 9, 2018, Shelley natural gas pipeline incident in full.

We know this incident has caused concerns and disrupted the lives of many people in the area. We have learned from this incident and have taken steps to ensure the safety of our natural gas system.

At Enbridge, no incident is acceptable.

Since the Shelley incident, we’ve completed a comprehensive pipeline integrity program on our natural gas pipeline system in B.C. to prevent similar incidents from occurring and to significantly improve pipeline safety.

This is the most aggressive integrity program ever undertaken by Enbridge on its pipeline system in B.C. It’s part of a new approach to pipeline safety and an ongoing commitment to continually improve the safety of our natural gas pipeline system.