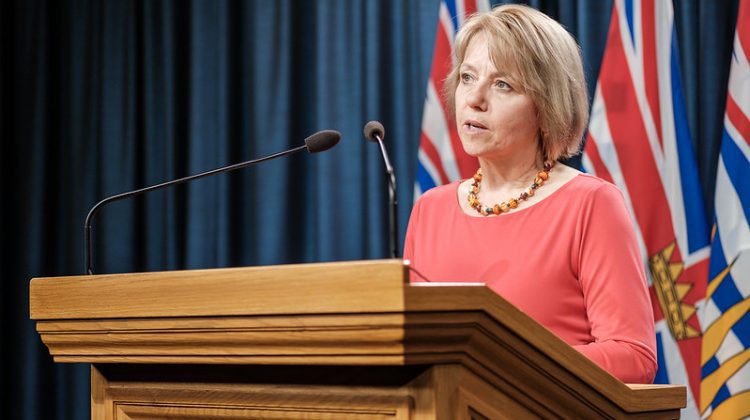 It’s another record day for Covid-19 cases in BC.

Yesterday was the first time the province recorded over 200 cases in a single day.

Four of the new cases are in Northern Health, the region is now at 365 cases.

There are 1,920 active cases in the province with 71 people are in hospital and 24 in ICU.

The death toll remains at 253.

Meanwhile, health officials continue to respond to 19 outbreaks in the healthcare system.

Five cases of the virus have been linked to an outbreak at Ecole L’Anse-au-Sable in Kelowna, and 160 people are in isolation.

Provincial Health Officer Doctor Bonnie Henry says the majority of transmission is linked to weddings, funerals, and other gatherings.

“The reality is that right now, everywhere in BC, weddings, funerals and other life occasions need to be as small as possible,” she said, “Something is not working.”

She says these social gatherings are high risk, and exposures are spilling over into other parts of the community.

Transmission is not exclusive to the lower mainland, says Dr. Henry, adding Covid-19 poses a significant risk to the entire province.