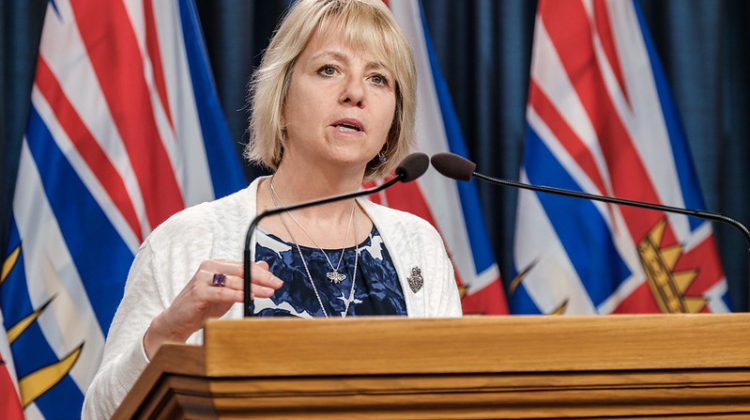 Since September 1st, the health authority has recorded about 170 cases over the virus, far and away outpacing the first five months of the pandemic combined.

We have one person in intensive care at the moment.

In an exclusive interview with Vista Radio, Dr. Henry mentioned she isn’t too surprised some areas are seeing a rise in cases after the economy began to re-open in May.

“We all across the province stayed put for quite some time, but as we opened up and as we headed back to businesses and schools and people moved more it’s not surprising we saw more introductions of the virus.”

“What I think is really important is that Northern Health has been working with communities they have been doing the contact tracing, we’ve been finding people and supporting community when there has been transmission.”

In addition, Henry stated robust contact tracing is the main reason BC has not seen an outbreak of COVID-19 cases at schools during the first month of the year.

This pales in comparison to Alberta where 65 outbreaks have been declared at schools that have two or more cases.

Henry explained public health teams have been quick to react when a possible exposure has been detected.

“As soon as there has been someone identified that’s been in a school during their infectious period, so when they might be passing it on to others, public health teams are there working with the school, making sure the school community knows that it is happening and contacting anyone who may be at risk.”

“So, to me, the fact that we are open and reporting these tells us that our system is working and that we are finding these cases and not having lots of transmission or outbreaks in schools.”

Six exposure events have been listed at schools within Northern Health with two each in Quesnel, Dawson Creek and Fort Saint James.