Fiery crash along Highway 16 near PG leaves one person deceased 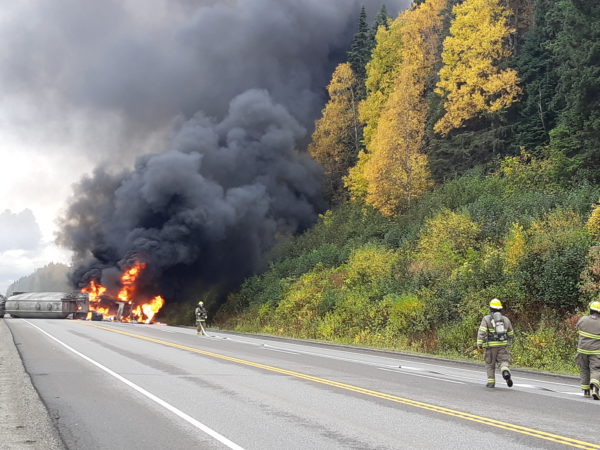 According to police, the incident occurred at 11:20 AM, indications were the truck was on fire blocking the entire road.

Upon arrival, officers found another vehicle had collided with the unit and the driver of the vehicle was pronounced dead at the scene.

The two occupants of the tractor-trailer escaped with non-life-threatening injuries and were taken to hospital.

The investigation is ongoing and no other information on the victim will be released.

Just before 11:20 AM, the Prince George RCMP were called to a report a semi-truck had rolled over and caught fire, blocking both lanes of the highway.

“Once police arrived on scene it was confirmed a truck was involved in the collision with another vehicle and sadly one person was deceased. At this time, I don’t have any information in regard to causal factors.”

The cause of the accident along with the identity of the deceased is not known at this time.

The road was closed for several hours before re-opening to traffic according to Drive BC.