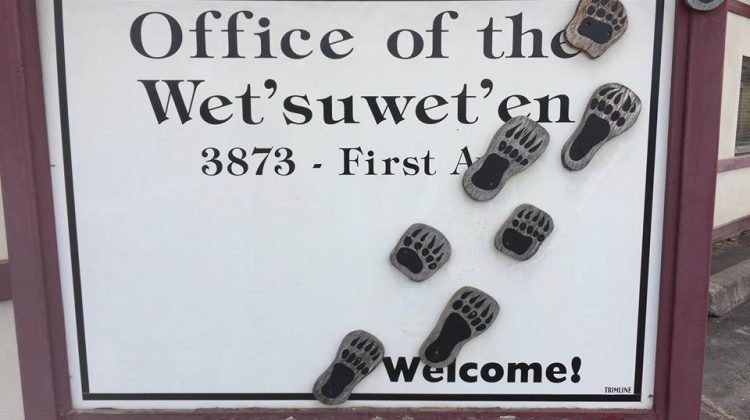 The Office of Wet’suwet’en have asked the B.C Supreme Court to set aside the province’s decision to extend the environmental certificate for Coastal Gas Link’s proposed pipeline for another five years/

Their application was heard by the Supreme Court Thursday (yesterday).

According to a statement, the extension decision is of crucial importance to the Wet’suwet’en as it represents the only opportunity for legally binding conditions to be added to the certificate in order to address adverse effects.

The first nation said an adverse effect is the 2019 final report of the Inquiry of the Missing and Murdered Indigenous Women and Girls (MMIWG).

It added there is a risk of harm to women and girls arising from the project.

In an MMIWG report done last year found a direct link between work camps for resource projects and the increase of gender-based violence.

“With some of our own members, murdered and missing, the stakes couldn’t be higher for us. And yet the B.C. Environmental Assessment Office says the Wet’suwet’en is not a party and are owned only a minimal duty of fairness in their decision-making on Coastal GasLink,” said Hereditary Chief Woos.

“As a nation with a strong presumption of the title we believe the Wet’suwet’en are owed full procedural fairness by British Columbia, especially for a decision that has such profound impacts on the lives and safety of Wet’suwet’en women and girls,” said Chief Hagwilneghl.

The CGL pipeline was at the centre of talks by the B.C, Canada, and the Hereditary chiefs after protests that occurred in February.

–with files from Lindsay Newman, My Bulkley Lakes Now.com staff