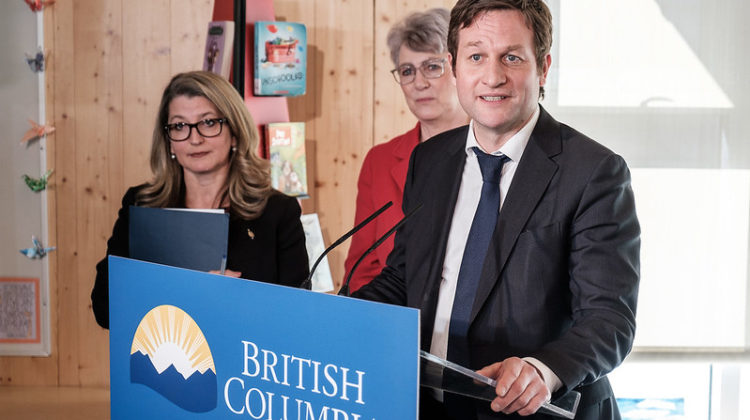 The school year in BC will be like no other due to the pandemic, adding to the anxiety levels of parents.

Students are preparing for their first full day of classes today (Monday) but one question that still remains is if parents send their children back into classrooms is they’re a timeline to pull them back out?

BC Education Minister Rob Fleming provided this answer during an exclusive interview with Vista Radio.

Many parents are also concerned about how kids in larger groups will be able to physically distance under the current guidelines from the Provincial Health Office.

Fleming is of the opinion multi-purpose rooms could be the best remedy.

“I think this is where schools and districts specifically are doing a lot of work on how to utilize multi-purpose space or even the outdoors to have kids spread around. If there are smaller classrooms and a bigger one they may make a decision about which learning support staff, go with certain kids.”

Fleming also noted the province invests nearly 500-million dollars annually to reduce class sizes, some he believes works to their advantage compared to other provinces.

“The average in British Columbia for Kindergarten is 18 kids, the average for grades one to three is 20 children and even for grades eight to twelve, the average is between 22 and 23 students per classroom so that’s very different from other provinces who have much larger class sizes.”

In support of B.C.’s COVID-19 response, for K-12 education, the federal government is providing $242.4 million in one-time funding for the upcoming school year in BC, which is to be allocated to the public school districts based on student enrolment.