“The general public is getting antsy,”: BC restaurant industry reacts to amendments 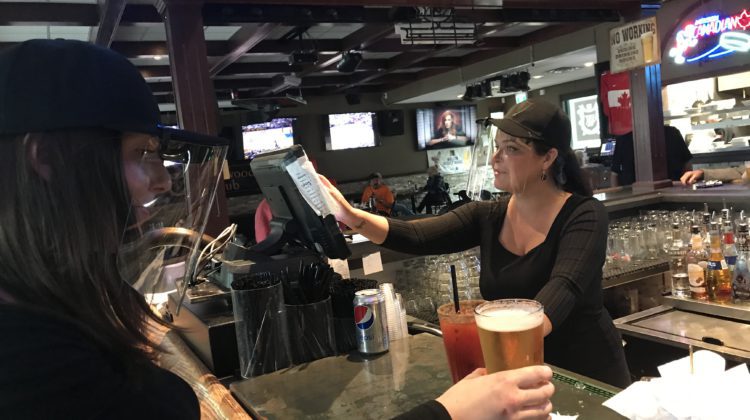 Opinions differ slightly when it comes to the order made by Dr. Bonnie Henry that restaurants and bars can no longer serve alcohol after 10 pm and must close at 11 unless they serve food.

The decision was announced on Tuesday to curb the recent spike of COVID-19 cases in the province.

Ian Tostenson with the BC Restaurant and Food Services Association believes a certain age group is getting impatient.

“I think the problem is that the general public is getting a bit antsy and fed up with being in a pandemic and they are just going out to explore but the cohort kind of ranges from 20 to 29 and I get it, what else are you going to do on a Sunday or a weekend? They want to go out and see their friends.”

Tostenson is also of the opinion that most residents are following the rules when they do venture out.

“We are going to work with this, we are going to make it happen and be part of our communities to reverse these numbers. I think in most cases, people would have dined out, had their dinner and bottle of wine even if they offered a quarter to ten, they can sit and drink that bottle of wine and drink with their crew until 11, we can work with that.”

#BREAKING – Dr. Bonnie Henry has announced all night clubs and banquet halls are closed in BC until further notice, effective immidietly.
– alcohol will no longer be served after 10pm in bars, pubs, restaurants. They must be closed at 11 pm. #bcpoli #covid19bc

When asked if there is an industry-wide fear of seeing restaurants revert back to a pickup/delivery only model, similar to what we saw during the peak of the pandemic between March and May, Tostenson doesn’t believe that scenario will present itself a second time.

“I don’t think that is going to happen. The one thing that Dr. Henry said is that they are dealing with kids going back to school, the economy, and the health of British Columbians and they are balancing that quite well so I would be surprised if that was going to happen.”

Eoin Foley is the President of Downtown PG who also owns a pair of restaurants says the changes eradicate one problem but may create another as the weather draws cooler.

“It might push people inside to house parties instead of outdoor gatherings like barbecues and hanging around the fire pit, that’s where I might be a little more concerned is that people will be forced inside to have those socializations where they aren’t regulated or monitored to engage in contact tracing.”

“It seems like it’s punishing everybody even though it’s really only a small number of businesses and a small fraction of people that are flaunting the rules that existed previously.”

The updated guidelines have also led to the immediate closure of nightclubs and banquet halls.