Special Report: People of colour speak out on traumatic experiences at northern BC hospitals 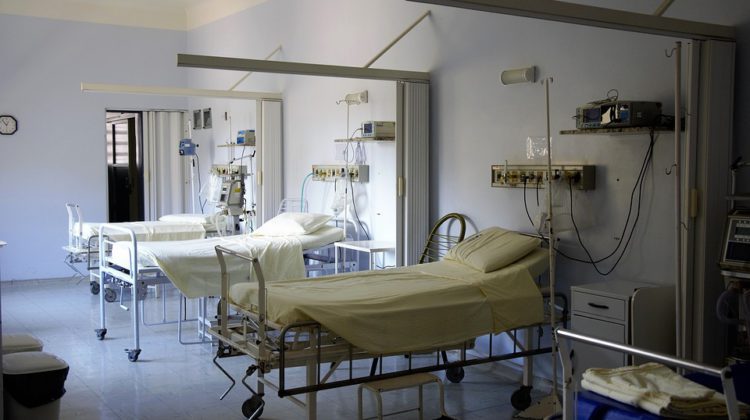 Following the announcement from Health Minister Adrian Dix of an investigation into allegations of emergency room doctors and nurses playing a guessing game of the blood alcohol content of Indigenous patients, the issue is hitting close to home for Indigenous residents and other people of colour in northern BC.

Some residents are adamant that the issue is not exclusive to larger cities, detailing experiences at hospitals in Prince George and Vanderhoof.

“In 2016, my dad was taken to PGRH. He was dying. My dad had these amazing crystal blue eyes all his life. So as he’s laying there, my aunt, my stepmom, my sister, and I hear this male nurse say to this other nurse ‘That guy has those eyes because he has a fatty liver,’” claims Dannica, an Indigenous woman living in Prince George.

She reported the behavior to the hospital.

Dannica’s story was one of many told to MyPGNow following Minister Dix’s announcement.

“In 2018, I was in an ATV accident that left me unconscious and with many injuries, on a forest service road. Once at the hospital, it became apparent that the doctor in charge of my care was more concerned with asking my husband over and over if I was drunk rather than acknowledging that my disoriented state was due to my head injury,” said Yasmine, a Black-mixed race woman in Prince George.

When she tried to speak to the doctor, she says her questions were ignored.

“I felt like a child, desperate for acknowledgment from a superior. All of my questions and concerns were dismissed and it didn’t feel as though the doctor valued or prioritized my wellbeing or even that she valued me as another human,” Yasmine added.

When she was discharged she also claims her injuries were ‘mismanaged’, a friction burn and puncture wound became infected and a fracture in her foot was missed.

Earlier this year it was discovered that she had also sustained a broken jaw in the accident which occurred almost two years prior.

“I absolutely appreciate that doctors are human and errors happen, I can’t help but look back and wonder if there would not have been such a breakdown in the standard of care, had I been a white patient,” she said.

“Maybe she (the doctor) would have paid a little more attention when my husband gave a detailed account of my accident and suspected injuries and maybe she would have taken a moment to answer my questions and concerns?”

An Indigenous youth leader in Prince George also recalls a similar experience of his own in August of 2018 after seeking treatment for Ankylosing spondylitis, an inflammatory disease that, over time, can cause some of the small bones in the spine to fuse.

“I had gone to the hospital this one morning because I had woken up in severe pain to the point where I had sneezed and almost blacked out,” said Idle No More Co-founder Nipawi Kakinoosit.

He was brought to the University Hospital of Northern BC by his mother, who works there, and presented his status card while filling out intake forms.

“They asked me on a scale of one to ten where my pain was. I said ‘well it’s at a ten because I’m here.’ They gave me some ibuprofen for my back pain,” explained Kakinoosit, adding that his mother came to check up on him on her break about two hours after he was dropped off.

“She stopped and said ‘oh, so how is my son doing?’ and the look on the doctor’s face when he realized I was one of his colleagues’ children immediately changed, and then he asked me if I wanted a shot of morphine for my back pain.”

“They could see me there in the waiting room, in pain, visibly in pain for two hours.”

For Kakinoosit, the investigation confirms what many Indigenous people in British Columbia have already known.

“I would like to commend the individual or individuals who brought this practice forward. There is a culture within certain bodies in the public service sector that fosters and supports this kind of behavior,” Kakinoosit added.

Meanwhile, an Indigenous woman went to the emergency room in Vanderhoof twice in the same night for severe back and abdominal pain, later discovered to be a gall stone flare-up.

Kathleen Weissbach claims she was sent away after being given a shot of a painkiller, but went back several hours later after the pain returned.

She was given a ‘pink lady’ or Pepto-Bismol when she came in the second time.

“The nurse goes ‘Oh, her. She probably just wants pain meds. You know how they are.’ She (the nurse) goes, ‘Once she gets her meds she will just go home and back again,’” recalled Weissbach, who told another nurse about the comment.

“I told her, you know I’ve had five children. The pain that I’m in right now, I would rather give birth to all of those five children than be in this type of pain. That is how bad it is.”

“By this time I was pale, and I was just gripping the side of the bed. My knuckles were white. I was just writhing and crying,” she said. “I felt inferior. Like I wasn’t worthy of medical care.”

The experience happened in 2002, but at the time, Weissbach didn’t report it because she was unaware that she could.

” I thought, ‘I hope I don’t get sick again because I don’t ever want to come back here if this is how I’m going to be treated.’ When this came to light, my first thought was wow. It’s about time,” she said.

“With native people too, especially with elders, they just let it slide because of residential schools. They have always been taught to not say anything.”

Weissbach says she is speaking up now because she doesn’t want other people to have to go through something similar.

“Northern Health strives to support a health care system that is culturally safe for Indigenous people; it is one of our top priorities. NH fully supports the provincial investigation announced by Minister Adrian Dix, and is committed to working with the Ministry of Health and Mary Ellen Turpel-Lafond on this issue

We know systemic racism continues in our health care system, even with the progress we have made in recent years in collaboration with the First Nations Health Authority, Metis Nation B.C., Indigenous communities, and other partners. And we know we have much more work to do.

Northern Health works with our staff, physicians and communities to continuously improve, through cultural safety education, other capacity-building opportunities offered by the Indigenous Health team at Northern Health Regardless of whether or not the allegations disclosed recently are determined to have occurred in the Northern Health Region, we remain committed to addressing the systemic racism we know exists here and in broader society. Patients expressing concerns over these allegations or their own experiences can contact the NH Patient Care Quality Office.”