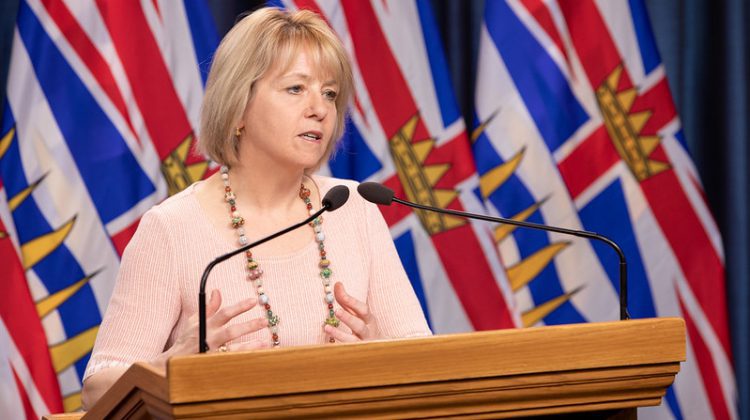 Northern Health has once again recorded no new Covid-19 infections, as the region’s total remains at 60.

However, just 307 of those cases are still active and of those, 43 people are in hospital and 8 are in intensive care.

The number of active cases continues to fall for the 15th straight day, according to B.C. Health Officials.

The United Poultry Outbreak has also been declared over, and the operation is back up and running according to Provincial Health Officer Doctor Bonnie Henry.

In addition, another three individuals have died from the virus, two of those in long term care, as 152 have passed away in B.C. since the pandemic began.

“British Columbia has done significantly better than other places, but that doesn’t change the fact that a lot of people have lost their lives,” said Health Minister Adrian Dix.

Meanwhile, the recovery rate has risen to 82 percent, as 2,020 people have now recovered from the coronavirus.

“This took off quickly,” : BC AG Minister on success of online Farmers’ Markets