42 new COVID-19 cases detected in BC, none in Northern Health 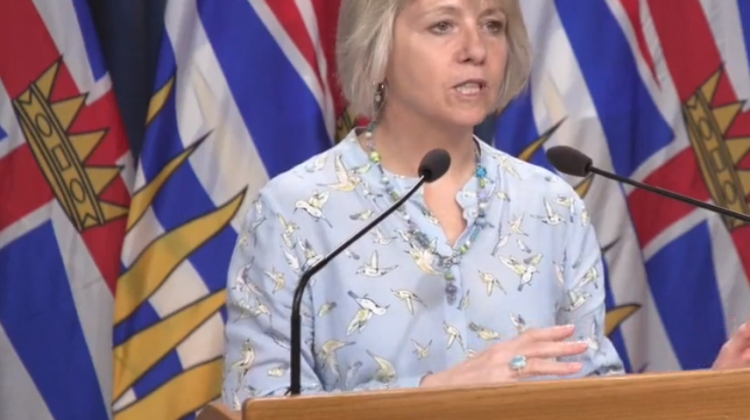 The spread of COVID-19 continues throughout the Province, although numbers have remained steady within Northern Health.

42 new cases have been reported, bringing the total to 659, with 9 of those cases occurring within the Northern Health Region. 462 cases are currently considered “active”.

The regional breakdown is as follows:

339 Vancouver Coastal Health (up 9 from the last report)

47 Vancouver Island Health  (up 3 from the last report)

46 Interior Health (up 5 from the last report)

9 Northern Health  (No change from the last report)

One new death has been attributed to the virus, bringing the total up to 14. All deaths occurred in individuals over the age of 70.

Gatherings of more than fifty people are now prohibited.

Bonnie Henry explains the 50+ number is maximum, but “smaller is better” in the next few weeks. It’s no longer a suggestion, it’s mandatory. #covid19

Henry said that the backlog of tests has now been cleared, meaning tests are much more timely.

Additionally, she believes that the effects of social distancing should be reflected in tests sometime next week.

She wants to see the onset of illness come down and the number of cases decreases in the next few days, we should see the results next week.

Henry encourages anyone showing any cold or flu-like symptoms to stay at home.

She explicitly said that more cases should be expected: “It will grow.”

Crisis Centre for Northern BC seeing a surge in calls

Planning for upcoming wildfire season carries on despite coronavirus outbreak