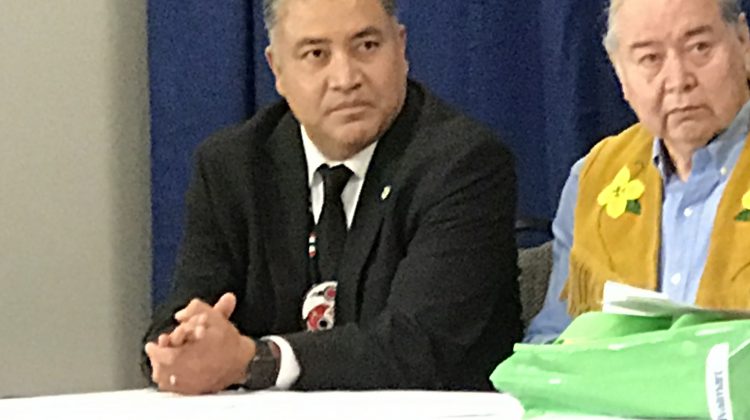 The Canadian Federal Court of Appeal has made its decision today (Tuesday) on an appeal put forward by several First Nations groups regarding the Trans Mountain Pipeline Expansion (TMX).

The Court of Appeal dismissed the case brought forward by these First Nations, ruling the consultation process was adequate.

Several BC First Nations in the Lower Mainland sought to overturn the government’s decision to approve the TMX project.

The BCAFN said the key is whether First Nations rights, title, and decision-making authorities are being honored.

“The process in approving the mega-projects is flawed, and quite frankly it does not live up to the United Nations Declaration for the Rights of Indigenous Peoples (UNDRIP),” explained Regional Chief Terry Teegee.

He said the ability to approve projects should be by all parties.

“The current environmental assessment process is quite flawed.”

“It doesn’t recognize Indigenous governance to make their own decisions, and that could be said for any project, whether it’s pipeline or mine or any project out there.”

Teegee stated the government must secure the free, prior, informed consent of First Nations in BC and Canada before undertaking projects such as this one.

“Implementing UNDRIP into federal law is a key legal tool for assuring that Canada is respecting and protecting the human rights of First Nations peoples in Canada,”

The TMX is an expansion of an existing oil pipeline originating in Edmonton, ending in Burnaby, with an expected seven-fold increase in tanker traffic (from 5 to 35 Aframax-size tankers per month).

Two years ago, the federal government of Canada purchased the TMX from Kinder Morgan Inc. for $4.5 billion, the Federal Court of Appeal overthrew the approval of the project shortly afterward.