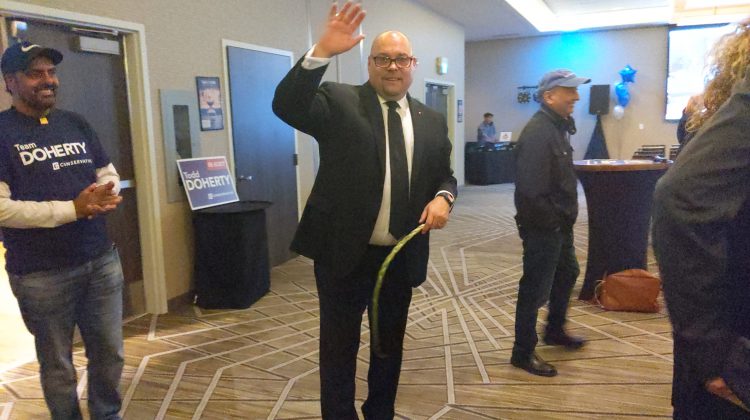 Cariboo-Prince George MP Todd Doherty believes Andrew Scheer’s decision to step down as a leader was the right decision for him and his family.

Doherty said he understands the choice he made.

“I know the stressors that are put on our families every day just through the normal course of our duties and then through a campaign. If you think Andrew has put his family through two years, or three years of almost non-stop campaigning and the stressors that go on that.”

Asked whether or not he thought Scheer could win the next election, Doherty stated that he was and still is a huge supporter of Scheer.

“I believed wholeheartedly in him. I know Andrew beyond the camera and I know the man that he is and one of the things that really made me fall in support with Andrew was the way he was a family man. He challenged us as MPs to make sure we were always turning our attention to grassroots and making sure whenever we were putting forth policy or policy recommendations, that we did so with the mindset that it impacts people outside of this Ottawa bubble, and that was something I really appreciated.”

As for who he would like to see as the new leader, Doherty says he hasn’t even had time to think about that.

“I literally just came from the House from making my speech which I had to make literally minutes after finding out the news, so whatever I had written down on my papers went right out the window. I haven’t given it any thought as of yet.”

Doherty says he is still digesting the news that Scheer has stepped down as leader of the Conservative Party.