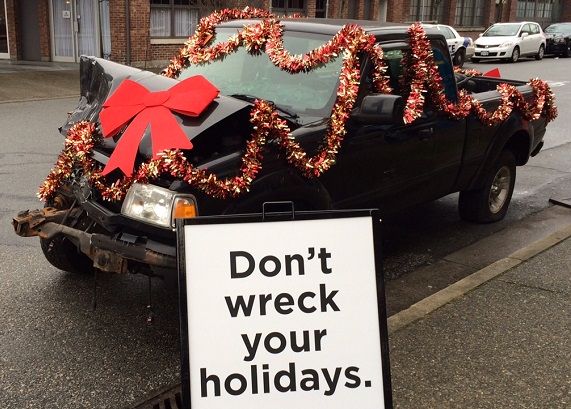 ICBC kicked off its Holiday CounterAttack campaign with ride checks across the province over the weekend.

The campaign is a reminder for drivers to plan a safe ride home during the holiday season.

Aileen Shibata, ICBC spokesperson explained how many people on average are either killed or injured in crashes in the Northern Region due to impaired driving.

Shibata said since the CounterAttack campaign first started the numbers for impaired crashes have come down province-wide.

“There were almost 300 deaths due to impaired driving on our roads and today that number even though it has drastically been reduced is still staggering and totally preventable, is about 68 deaths per year,” she said.

According to ICBC, more than half of impaired driving crashes occur on the weekend.

Police will be setting up the ride checks throughout the entire month.