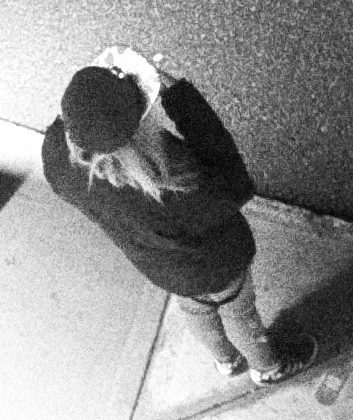 The Prince George RCMP are requesting help from the public to try and identify the suspect and three witnesses after a recent shooting.

It happened just after 6:30 am on Saturday where an adult male sustained a gunshot wound and was found at a home on Irwin Street.

The victim sustained non-life threatening injuries and it has been determined by police the shooting occurred at the parking lot of a local credit union located at 5th Avenue and Central Street.

Cpl. Craig Douglass told MyNechakoValleyNow.com he hopes the persons of interest come forward and speak to them now that the surveillance images have been made public.

“Often they don’t want to, but we’re hoping we get their names so that we can talk to them and find out exactly what happened, what led to the shooting and whether charges are warranted.”

The male suspect was wearing a dark Adidas jacket with a hood, black pants, dark shoes and a red ball cap with a white logo. He was also wearing a distinctive dark backpack with a light coloured back panel.

A female was with the suspect at the time of the incident. She is described as thin with long blonde hair wearing a black hoody, black ball cap, light-coloured pants, and Adidas shoes. 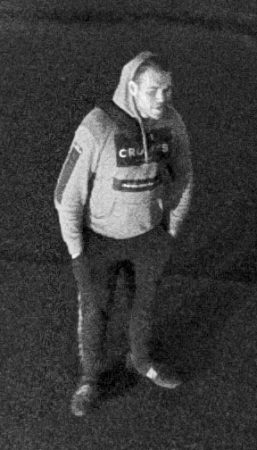 A police-issued photo on one of the male witnesses during an early morning shooting in PG. (Photo supplied by the Prince George RCMP)

Two other males were in the parking lot at the time of the incident. The first was wearing dark pants, a grey Crooks & Castles brand hoody and was carrying a duffle bag. 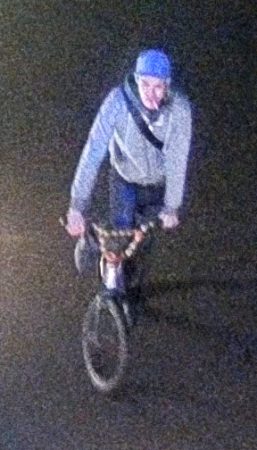 An image of the second male suspect following a shooting last weekend in PG. (Photo supplied by Prince George RCMP)

The other was wearing blue jeans, a grey hoody, a light blue ball cap and had a duffle bag strapped over his shoulder. He was riding a BMX bicycle.