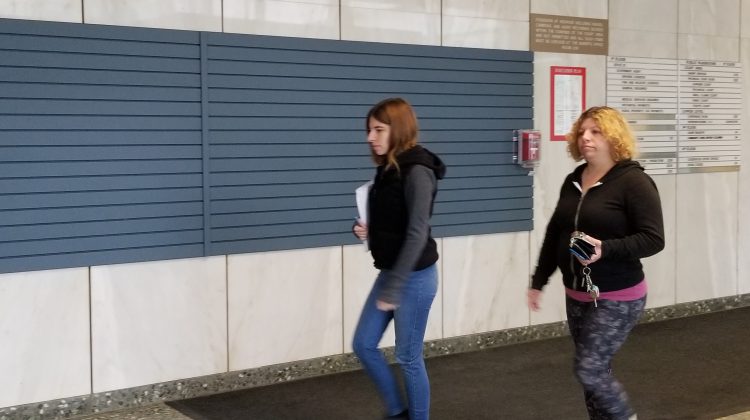 Twenty-six-year-old Catherine Jessica Adams was sentenced to seven days in jail and two years probation for breaching the condition that she does not possess animals.

The crown was calling for 30 days in jail and two to three years probation, while Adams, who represented herself in court, agreed with that but wanted a conditional sentence to be served at home with a curfew and conditions.

The judge, in handing down his decision, noted that it was a serious offense to disobey a court order and that he felt that some separation from society was necessary.

He also acknowledged the community interest in this case in front of a packed courtroom, noting that a sentence could deter others.

The judge also took into account, however, that this was not a sentence for cruelty to animals but a breach, and that a longer jail term could have a negative impact on Adams’ health as she suffers from anxiety and depression.

16 dogs were seized from a property on Johnston Avenue in Quesnel in July of last year.

The SPCA said that the animals were in distress and being kept in crates that were too small for their size in a poorly ventilated area, with little or no access to water and on feces and urine-soaked matting.

Adams has twice been convicted on animal cruelty charges, once with her mother following an SPCA investigation in Houston, BC back in 2014, and also in November of 2018 after some animals were seized from a property near Hanna, northeast of Calgary, in 2015.

The sentence for Houston included a 20-year ban on owning animals.