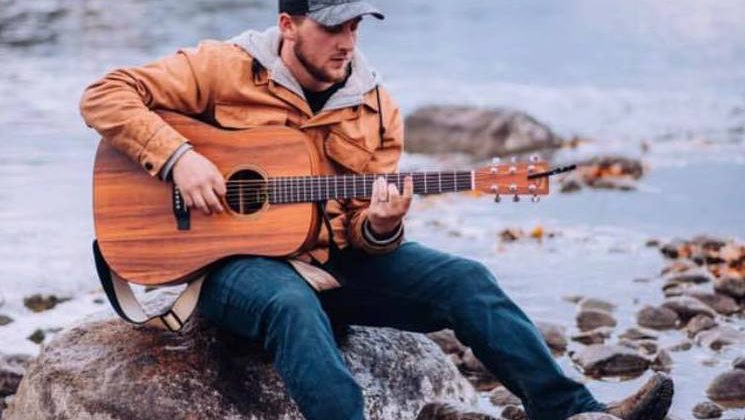 This year’s event runs from January 24th to February 1st with shows held at various venues in the city.

“He was the winner of the annual Limelight and talent showcase in Prince George and along with that he gets to perform at Coldsnap where he opens up for one of the acts, so I think it’s a great springboard for someone like Sam.”

Wolfe is also quite pleased with how they’ve incorporated different genres over the past few years.

“The festival has been growing really organically over the past few years and it really provides a bit of flexibility with the organizers to introduce new genres to audiences that they may not be familiar with.”

“We have the Hip Hop Happening with the Snotty Nose Rez Kids as the headliner and I think that’s going to be a fantastic night if you are interested in hip hop I would hurry and get tickets because I think that will sell out.”

He adds more acts are to come as the festival is sorting out a few more details with a couple of events.

“One thing that has yet to be released are our two regional showcases that will happen during the week as well. I think some artists are still getting organized and those details will be coming out shortly.” 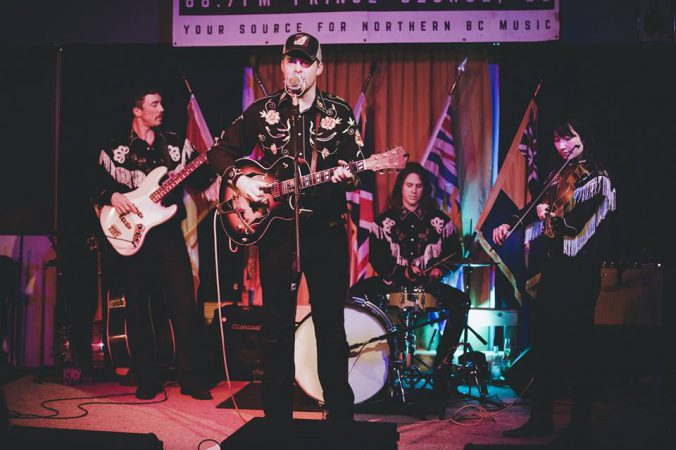 Jan 24 – Kick Up Yer Heels!: Things kick off with a Friday night bluegrass-style dance party at the Ramada Ballroom featuring Big Fancy from Northern BC, The Eliza Doyle Band from Saskatchewan and Foghorn Stringband from Oregon. These bands promise to provide a full blast, boot-Stompin’ hoe-down!

Jan 25 – Hip Hop Happening’: On Saturday, the Ramada will be rockin’ with hip-hop sensations Rebecca Andrea & Rich Mac from Williams Lake, Kimmortal from Vancouver and Snotty Nose Rez Kids from Kitimat Village, BC. These musicians are masters of using music to discuss themes of race, gender, identity and community building with an unparalleled energy that leaves audiences dancing and sweating!

Jan 26 – Coldsnap for Kids!: The Oot ‘N Oots are “…like Flight of the Conchords meet Fred Penner – with an 11-year-old powerhouse of a lead singer thrown in for extra sass.” (Squamish Constellation Festival). This Kelowna band is entertainment for the whole family and creates a feeling of community, joy, and understanding through their free-spirited art.

Jan 26 – Sunday Full of Soul: This will be a magical evening of soaring voices. Prince George’s own Nove Voce is fresh off a first-place win at the 2019 National Music Festival, and Vancouver-based Khari Wendell McClelland and The Sojourners both draw deep inspiration from their African-American history to sing uplifting songs of joy and freedom and deliver rousing messages of social justice and civil rights.

Jan 28 – International Folk Jam: For those that love to get their folk on, these three performers/groups will scratch that itch. The Trials of Cato, hailing from the UK, and BC’s own Twin Bandit and Amy Blanding “pay homage to the tradition whilst twisting old bones into something febrile and modern, with stomping tunes and captivating stories” (taken from TTOC website, but true for all these artists!)

Jan 30 – Sensational Songwriters: Vanderhoof’s own Sam Holden, winner of the 2019 Limelight Quest Award, will join two of the most significant songwriting superstars in Canada today for an evening of storytelling and amazing vocals. David Francey is a multiple Juno award-winning singer-songwriter whose words will leave you both laughing and breathless, while Twin Flames create a sonic landscape that spans Canada and the Arctic, singing in English, Inuktitut, and French.

Feb 1 – Coldsnap Ceilidh!: Our finale will feature Cape Breton supergroup Beòlach with their innovative and exciting arrangements of traditional Cape Breton, Scottish and Irish tunes for fiddle, bagpipes, whistles, and piano, as well as the astounding, dynamic, Irish-influenced fiddle virtuoso that is Kiérah, from Vancouver.