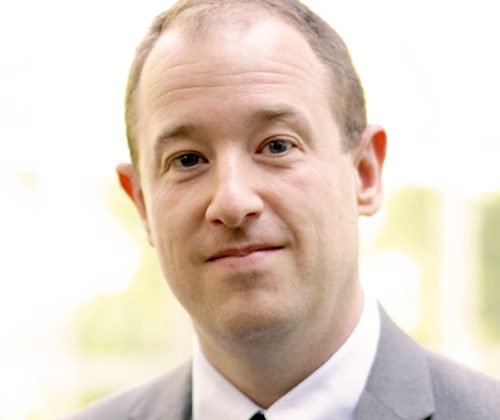 Brendon Ogmundson is the new Chief Economist of the BC Real Estate Association. (Photo supplied by BCREA)

The new Chief Economist for the BC Real Estate Association has ties to the north.

Brendon Ogmundson replaces Cameron Muir who previously held that role for the past 13 years.

Ogmundson told MyPGNow.com coming to the central interior proved to be a wise investment.

“I actually have roots in Prince George as I did my bachelor’s degree at UNBC so I owe a debt of gratitude to the professors I had there and without going to UNBC, I’m not sure I would actually be working in economics now.”

He graduated from the university in 2003.

The move can be seen as a passing of the torch in many ways as Ogmundson previously held the role of Deputy Chief Economist.

He adds the appointment didn’t really come as a shock.

“We worked pretty closely together so I’ve kind of known for about a year that this transition was going to take place as I’ve been taking over a lot of the typical chief economist duties in the past year and there has been a smooth transition.”

“Cam came up more in the housing sector as he worked for the Canada Mortgage Housing Corporation and my background is more in macroeconomics and forecasting so we gelled really well together and he taught me a lot about housing market analysis.”

In fact, it was Muir that took a chance on Ogmundson as he began his gradual climb through the BCREA.

“He was actually the first employee of the economics division and led it and grew it over the next 15 years and he’s the one who hired me and I’m very excited to fill his shoes.”

As for what Ogmundson’s plans are in the new role, he would like to simplify things on a region-by-region basis.

“Hopefully, we can drill down a little bit more on what’s happening in the north and try and gather a little more data on individual market areas, I think that is a market gap we’ve had for a long time.”