First day on the job for CNC’s new president 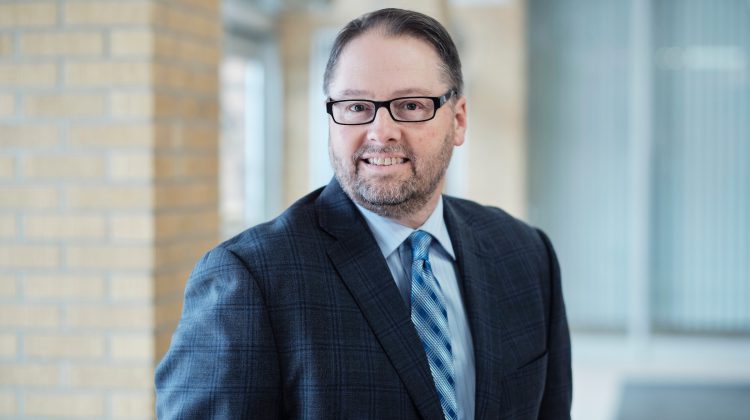 Dr. Dennis Johnson has been named the new president at CNC. (supplied by CNC)

After Henry Reiser retired after serving as CNC’s president since 2014, the door was opened up for Dr. Dennis Johnson.

Within the first month as president, Johnson plans to make his rounds to each of the six CNC campuses.

With him, Johnson brings 29 years of experience in the post-secondary sector to CNC. Currently, he serves in two vice president roles at Saskatchewan Polytechnic including Provost and Vice President Academic since September 2018 and Vice President Strategy and Business Development since 2016.

He began his academic teaching career at Mohawk College in Hamilton, ON. He also instructed carpentry students at Okanagan University College and Thompson Rivers University, and developed programs at Thompson Rivers before moving to Saskatchewan. As travelled as he is, Johnson feels his experiences will help lead students to make a national impact following their studies at CNC.

“There’s a lot of national trends, being aware of what’s going on in other provinces is really important,” Johnson told MyPGNow. “All my experiences, in different provinces and being involved in different educational institutions in my own lifelong learning helps to inform how I approach this job and what I can bring to CNC.”

CNC’s Board of Governors appointed a search committee in September 2018 to conduct a presidential search following the announcement that Henry Reiser planned to retire at the end of his term in 2019. At the conclusion of the search process, Johnson was identified as the candidate who met the criteria of the profile of what CNC was searching for in its next president.

– with files from Ethan Ready, MyPGNow.com