PTSD symptoms among kids, adults could be present after record-breaking wildfire seasons 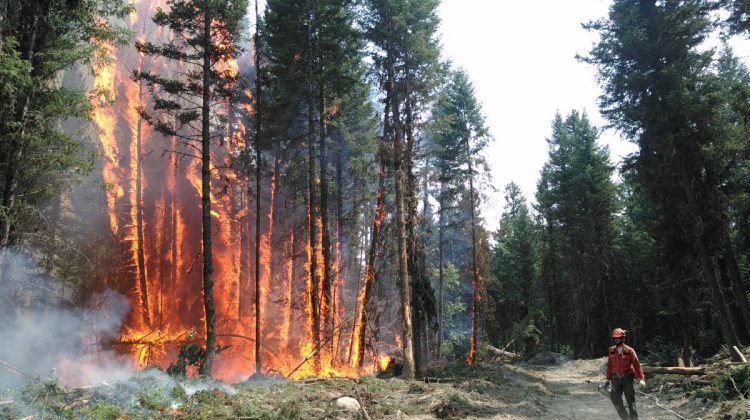 According to a recent study from the University of Alberta, one in three youth from Fort McMurray could be showing signs of post-traumatic stress disorder following the 2016 wildfire in that city.

In 2017 and 2018, the City of Prince George took in over 11-thousand evacuees from the Cariboo and Northern BC.

Mary Lou Spagrud is with the Canadian Mental Health Association in Prince George.

She believes many of the evacuees from our region may be going through the same process.

“Absolutely, there is a high likelihood that we could be experiencing the same numbers within those communities and within any community that has been impacted who were evacuated by the wildfires.

“There can even be a little bit of survivors guilt. If your home survived but your neighbor’s burnt down or even other friends and family lost their home and you didn’t, there can be a guilt phase going into that as well.”

Spagrud also explained to Vista Radio what symptoms some children might be facing.

“As a child gets older, we still may see vivid dreams, problems with sleep and we may see some anxiety developing and we may also see some depression.”

She states residents in our region will need to be ready at a moments notice if a similar situation occurs somewhere down the line.

“You know, the reality is in Northern BC a wildfire season will likely happen again, we have a lot of lands and a lot of timber up here that could potentially burn. So what are we doing ahead of time? things like resiliency in students and in families are something very important.”

“When a person or family is evacuated, especially when we are looking at kids is about having consistency as much as possible, finding some time to do some fun things as well and to give kids the opportunity to talk about their emotions and how they are feeling.”

Even going through an emergency plan within your own home can go a long in making your family better prepared to deal with such a crisis.

The Canadian Mental Health Association does have support programs in place to assist those struggling with PTSD including Bounce Back along with another initiative named Confident Parents, Thriving Kids.

Some resiliency training is also being done on the grounds in communities by the CMHA.

About 200 homes were lost province-wide during the 2017 wildfire season.

The wildfires around Williams Lake and the Elephant Hill blaze caused over $127 million dollars worth of insured damages.

The Nadina Lake, Shovel Lake, and Verdun Mountain wildfires were the focus of last year’s wildfire season, which saw a record 1.35 million hectares burned across the province.