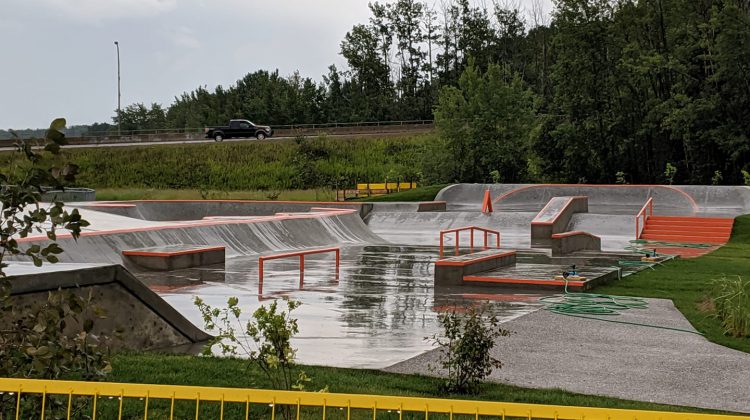 It just a few day’s time, there will be halfpipes to carve and rails to grind.

According to Vanderhoof’s Mayor Gerry Thiessen, the skatepark will have its grand opening this Wednesday (August 7) for the community.

Thiessen stated that he made a trip to Prince George prior to the construction of the skatepark in order to see firsthand the type of community that gets drawn to the recreational site.

Needless to say, he was impressed.

“I saw young children out there skateboarding, and then I saw people who appeared to me as if they were getting off shift coming down,” Thiessen told MyNechakoValleyNow. “They were an older group. Then I watched the interaction between the younger people and the people who were much more experienced in young adults. It was really encouraging to see how they worked together and talked about what they did. I sense that in Vanderhoof as well.”

The skatepark is done, but the next few days will just allow the cement of the park to further cure. It’ll also allow the landscaping around the park more time to further root itself.