If getting his stuff stole didn’t stop him, nothing will 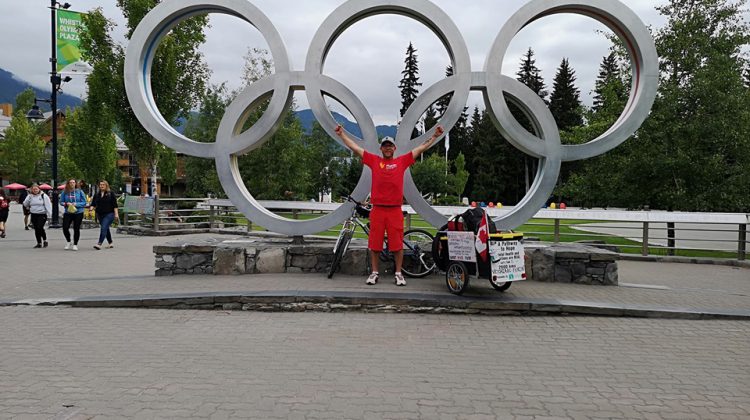 A man traveling across BC to raise awareness about mental health is remaining positive after being robbed.

Tyler Waddell was halfway through a bike ride from Victoria to the Yukon to when his camp was robbed in Quesnel.

“I was pretty upset at the start, and then right away it went to sorrow knowing the people responsible were in need of help did not know where to get it.”

Waddell said he set up camp in a secluded place then went into town to do laundry. When he came back, he found that all of this stuff had been stolen.

“People in Quesnel were amazing. I got a new hammock, a new sleeping bag, a news rollout. I woke up the next morning after everything was gone, and I was grateful for what I had.”

The one thing he does hope to get back is the journal he was using to write his story.

Waddell is traveling through Prince George and said he hopes his journey can help others.

“Just talk about what’s bothering you before it gets too late. It’s so easy; there are so many services out there.”