Spike in vandalized power transformers leads to reminder from BC Hydro 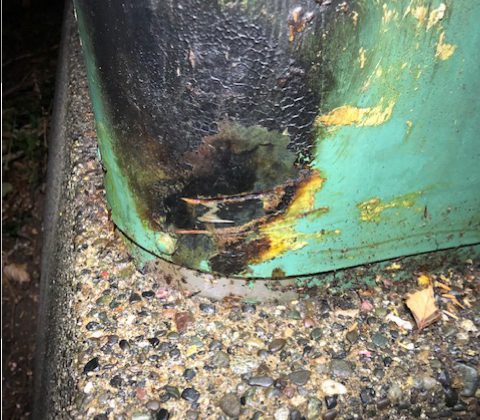 Defacing property is never a good idea at the best of times especially if it’s a BC Hydro underground power transformer.

Unfortunately, the crown corporation noticed a spike in these units being vandalized recently in the Lower Mainland and there was one documented case in Prince George back in 2016 where a hole was found in the transformer after being damaged by an arrow.

BC Hydro Public Safety Lead Johnny Knowles explained to Vista Radio what can happen if a similar incident occurs in the north.

“So if somebody ruptures the harder casing there’s a number of things that can happen if you release that oil it means the equipment that’s inside will heat up and no longer be insulated or cool and that could cause an explosion so the mineral could catch on fire and then it could explode.”

Knowles adds the best case scenario would be an outage to the impacted customers and while an outage is never ideal, it’s a whole lot better than an explosion.

In any case, Knowles actually believes more harm could be done in our region if a similar incident like this happens again.

“We’re all worried about it especially in Prince George where forest or grass fires could occur but the person that’s doing this is risking their own safety along with the general public and our crews when they have to turn up and repair this equipment.”