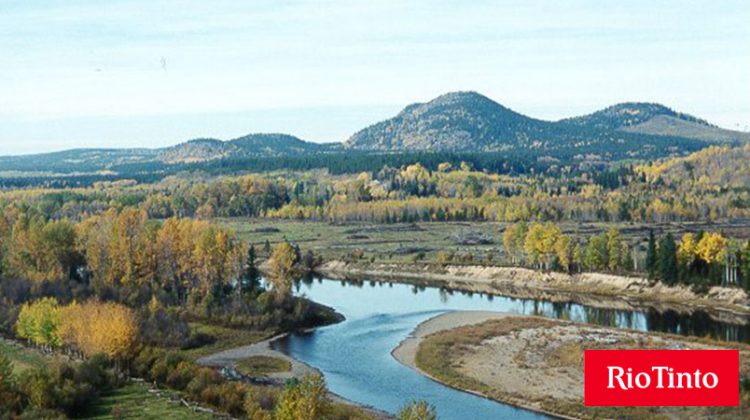 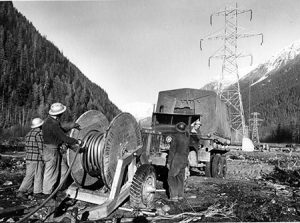 io Tinto, meaning Red River in Spanish, broke ground in Spain, 1873 and quickly transformed a once ancient mine on the Red River into the new world’s number one copper producer from 1877 to 1891. The “Rio Tinto Company” constructed new processing facilities and introduced new techniques that would eventually pave the way for a global expansion. As the company grew in material diversity it also expanded across the world in the early 1920’s into the Australian, African and Canadian markets. Zinc, Bauxite, Iron Ore and Copper were at the top of the production list for Rio Tinto during the 20th century with many partnerships forming along the way.

Prior to Rio Tinto entering British Columbia in 2007, the Aluminum Company of Canada (Alcan) started its journey in the early 1950s with the British Columbian government and an agreement to facilitate the development of a hydroelectric project that would support the company’s new aluminum smelting industry at Kitimat, British Columbia. The $500-million project was the largest public-private partnership ever introduced in Canada in 1951. The investment included the creation of the Kenney Dam, a 16 km tunnel through Mount Dubose, the Kemano powerhouse, an 80 km transmission line from Kemano to Kitimat, the Kitimat smelter and the Kitimat and Kemano town sites. 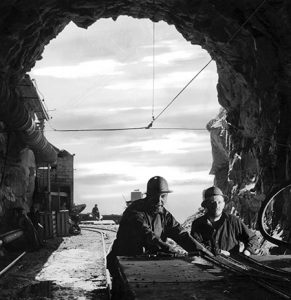 e Nechako Reservoir started to fill and in 1954 the Kenney Dam was completed. While both governments supported the project to allow for development in Northwest BC, the creation of the Nechako Reservoir displaced the Cheslatta people and changed the geographical landscape of the region. The Kemano powerhouse provided power to the smelter and electricity to the communities of Kitimat, Terrace and along the highway 37 corridor.

In 2007, Rio Tinto acquired Alcan Inc. to form Rio Tinto Alcan, becoming a global leader in the aluminum industry. Rio Tinto’s aluminum smelter in Kitimat, now referred to as ‘BC Works’, is one of the largest manufacturing complexes in the province and is a significant contributor to economic and community sustainability in Northern BC. Kitimat is powered by the Kemano Powerhouse, which to this day, remains the largest high-pressure hydro generation facility in North America and is a resourceful means of generating power using the smallest amount of water. With the recent completion of a multi-billion dollar modernization program, the Kitimat smelter is now one of the most efficient, greenest and lowest-carbon footprint smelters in the world. 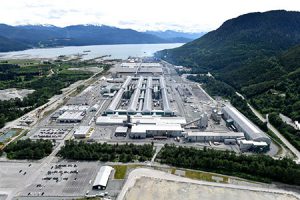 In 2017, the Kemano T2 Project broke ground on completing 7.6 kms of a second tunnel that will ensure the long-term reliability of the power supply from the Kemano Powerhouse. It will slowly make its way east from the Horetzky Landing to Tahtsa intake, carving a new tunnel parallel to the 65 year old original tunnel. Once the second tunnel is complete the old tunnel will be repaired and the new tunnel will operate in conjunction with the original tunnel, bringing water from the Nechako Reservoir to the Kemano Powerhouse. Completion is expected by the end of 2020.

Along with construction-based improvement projects, Rio Tinto BC Works continues to partner closely with the communities its operations exist in to foster and improve environmental and social sustainability goals. In 2018 over $533 million was contributed back to the North Central British Columbia economy through purchase of goods & services, salaries, taxes, donations & sponsorships. In addition to direct financial support there are also developing collaborations with First Nations to recognize and honor traditions and opportunities to partner together.