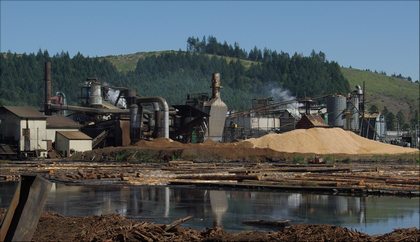 Due to the challenging market conditions, Conifex is not expected to resume operations following the agreement.

“It’s a very challenging time so I am hoping for them there is a way that they will be able to be bridged through this and I think the government can play a role in that and as for the deal itself, it’s great to hear that the company is interested in building a new facility.”

Rustad however, gave Hampton an endorsement of sorts after dealing with them in the past.

“So I’ve enjoyed working with Hampton in the Burns Lake area with the rebuild of Babine Forest Products after the tragic explosion, they’ve been good when working with First Nations and with the community and I know they are interested in doing the same thing in Fort Saint James.”

“I look forward to having them come in should this deal go through and be concluded without any government interference and I look forward to them coming in and be able to create something new in the area.”

Hampton Lumber intends to build the new facility in Fort Saint James and currently has nine sawmills including two in the Burns Lake area.

Rustad adds the forest industry is an industry in crisis mode at the moment due to the recent curtailments and shutdowns that have taken place recently.

“When an industry like this is going through these kinds of challenges that’s when the government both provincially and federally needs to step in and support the community and the workers as well as the contractors to support them through this time because we will emerge, the forest industry will be here and look a little differently but we need to be able to get through this.”

He attended a meeting in Quesnel on Monday with Cariboo-Prince George MP Todd Doherty as well as Cariboo North MLA Coralee Oakes.

“We label this as a crisis and now with mills taking downtime with the closures of course that were predicted but with the high cost that’s going on, it’s going to be a tough summer what we heard in Quesnel from contractors was the challenges they are going to be facing meaning the payments that they have as well as finding work to do.”