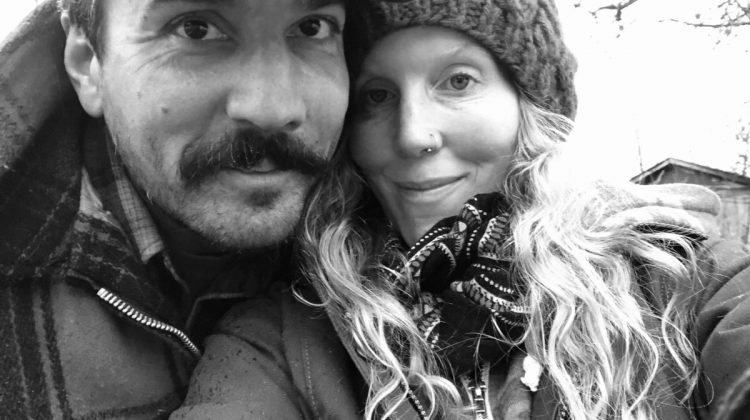 A photo of Gloria and her husband Joshua. (Supplied by Jennifer St John)

After a tragic few weeks for a former Prince George resident, there is a glimmer of hope, as Gloria St John has recovered enough to leave the ICU in Vancouver; but the battle is far from over.

“It has been a miracle that has happened. After everything we have gone through this has been a nice ending to the past week that she is still here with us,” said sister Jennifer St John.

Two weeks ago Gloria had been celebrating her baby shower with friends and family in Prince George when she got sick with a migraine and was taken to UHNBC.

At the hospital, she was diagnosed with preeclampsia causing her to have high blood pressure. After a few days of doctors not being able to stabilize her blood pressure, they performed an emergency C-section. Both she and her son were airlifted down to Vancouver.

Her son Jack Wolf weighing just four pounds and 13 ounces, passed away a day later on May 28th.

“The next day I got a call from her husband, and he said we all had to get to Vancouver because the doctors had advised my sister was not going to pull through after developing a severe lung infection.”

Gloria had planned to return to Alaska, where she has lived for the last eight years to give birth, but due to unforeseen circumstances, she had to give birth in Canada. Because she is now a resident of the United States, she no longer qualifies for Canadas health coverage.

“Gloria was in the ICU, she was also received 24/hour care, she also had to be airlifted there. There were many tests, including an ultrasound; it will be very expensive.”

A GoFundMe page has so far raised just under $40,000, but Jeniffer said they have no idea how high the medical bill will be.

She added the outpouring of support is beyond anything Gloria and the family could have asked for but are requesting privacy during this difficult time.