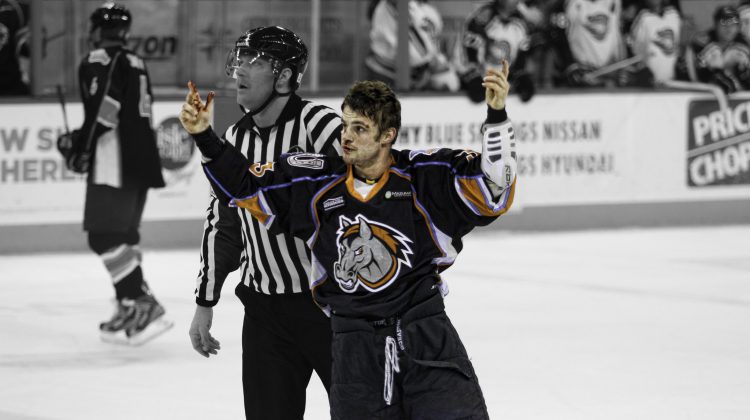 A former pro hockey from Vanderhoof is on the verge of starting up his own version of the Breakfast Club.

David Simoes played in the BCHL for a number of teams including the Williams Lake Timberwolves and the Prince George Spruce Kings before suiting up in the Central Hockey League where he played 300 games.

He is now wanting to give back to the community and increase the number of new kids wanting to play hockey in the Nechako Valley.

Simoes told MyNechakoValleyNow.com the program would be 10-sessions long running from October to December grouping the kids within their appropriate skill levels.

“The kids making up their own games and teaching themselves the imagination. We don’t have as much pond hockey as we used to when I was growing up and I think that is what’s missing from children today is that imagination.”

“We would group the kids from their own skill development, hopefully, we would have a bunch of beginners and they would all go together and then a bunch of bantams that would do the same.”

Simoes got the idea from a similar program that’s being deployed by Hockey Manitoba as a way to get more like-minded kids together and to make them less reliant on devices such as smartphones and tablets.

“We’ve got our screens now and we have video games and technology so it’s very easy to get wrapped up into that and lost in that kind of world. There are so many times in your life where you need to problem solve and to try and figure out different ways to do things and hockey is such a great life lesson.”

The 35-year-old also hopes to get a few new faces to take up the sport on a more permanent basis.

“Some immigrant families may not get the chance to sign up for minor hockey and having that opportunity for them to kind of try the game out with a pair of skates, helmets, and gloves.”

“It would be more accessible for players so they don’t have to get gear to participate in this as well. So we would go on the ice from 7am to 8am with the first half hour dedicated to drills and skills and the last half hour we would give the kids free time.”

Hockey, much like life, can be all about knowing what your team is capable of and finding a way to get the most out of everyone – that’s why Simoes making adjustments on the fly is key when trying to make the game as enjoyable as possible.

“I can relate to being a coach. You can have the best practice plan ever and you can go out on to the ice and if it doesn’t work, you’ll have to adjust pretty quickly in order for those kids to get the best experience possible.  On the spot, you are going to have to adjust your practice plan and the same goes for the players, you can do all the preparation possible but something one shift is going to get thrown at you differently and on that spot, your going to have to find a different way to do it.”

Simoes also played in the BCHL with the Victoria Salsa, Merritt Centennials and Coquitlam Express heading to the RBC Cup with them in 2006.

Simoes also had a brief stint in the Southern Professional Hockey League with the Lousiana Ice Gators.

Other coaches involved in the club are Marty Floris and Jason Kadagona.