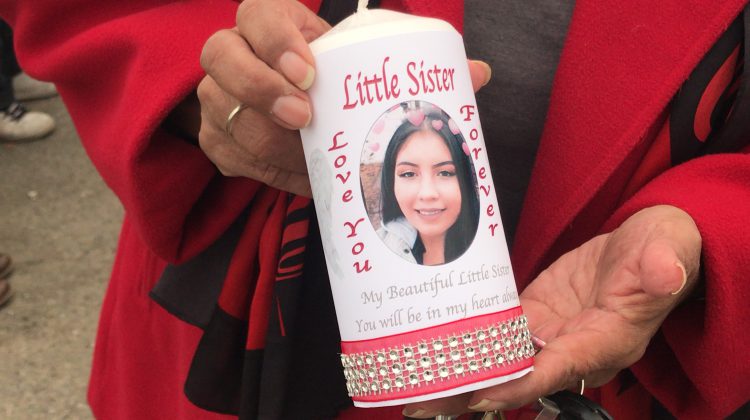 A candle is made in honour of Jessica Patrick of Smithers | Kyle Balzer, My Bulkley Lakes Now

The Family of Jessica Patrick – Balczer is asking for answers after months of no new information.

“They ended up giving us a phone call saying they would get back to us in March so then we waited until March, and we were told we would have to wait until April and now its May, and I tried contacting them, and there was no response.”

This Saturday, her family is taking a stand with other families of missing and murdered indigenous people. At 3 p.m. in Bovill Square in Smithers, there will be a barbeque with speeches to draw attention to all the unsolved cases.

Families from throughout the Bulkley Valley, Prince George and even Calgary and Vancouver will come to remember their missing and murdered family members.

Jessica’s family is encouraging people to come and show their support.